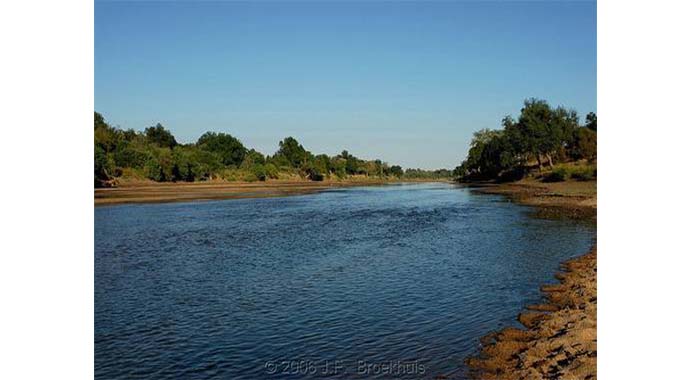 South African security agents have partially destroyed a wooden bridge that was built illegally by smugglers across the Limpopo River.

The “wooden bridge” was “mysteriously” built some 3km west of the border post and was largely covering the dip-end on the South African component of the border.

At the moment Zimbabwe and South Africa have two official crossing bridges, the Alfred Beit-Bridge and the New Limpopo Bridge.

Zimbabwe and South African security agencies met on Monday and they resolved to demolish the illegal bridge.

South African security agents had to shoot at crocodiles that tried to attack them on Thursday afternoon.

On September 8, the Police in Musina police made an attempt to destroy the makeshift bridge that was built illegally to cross over from Zimbabwe into South Africa and back.

Whilst busy at work, some crocodiles which were in abundance, patrolling the area tried to feast on police officers.

Shots had to be fired to scare them off and as a result, a small part of the bridge was destroyed.

Brig Mojapelo said they had since requested the army in that country to help them in destroying the bridge.