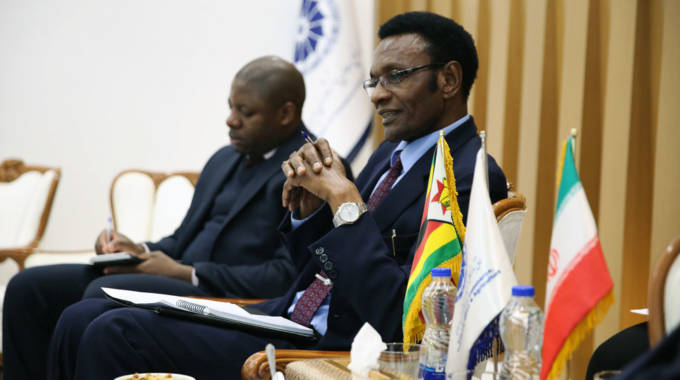 Zimbabwe’s Ambassador to Iran Ambassador Christopher Mapanga has died. He was 69.

This was confirmed by Foreign Affairs and International Trade Permanent Secretary James Manzou in a statement on Friday. Said Manzou:

The Minister of Foreign Affairs and International Trade Honourable Ambassador Frederick M. M. Shava, Deputy Minister, Honourable Dr D. Musabayana, the Secretary, Ambassador J. Manzou and the entire staff of the Ministry leant with profound grief and sadness of the passing on of Ambassador Christopher Mapanga, Zimbabwe’s Ambassador to Iran and wish to express deep and heartfelt condolences to His Excellency the President, the Government of Zimbabwe, Mrs Mapanga and children, as well as the entire Mapanga family on this very sad and untimely loss.

He joined the Ministry of Foreign Affairs as an Administrative Assistance in 1981. He rose through the ranks to Administrative Officer, Assistant Secretary, Deputy Director and to Director.

The late Ambassador served in various capacities at a number of our Embassies abroad.

He served as a Counsellor in Japan, Kenya and Namibia before becoming the country’s Consular General to Johannesburg, South Africa.

He later moved to Moscow, Russia in 2011 as Minister Plenipotentiary. In 2014, he was appointed Zimbabwe’s Ambassador to Egypt.

In 2019 he was transferred to Tehran as Ambassador, a post he held till his untimely death…

Ambassador Mapanga is survived by his wife and three children.