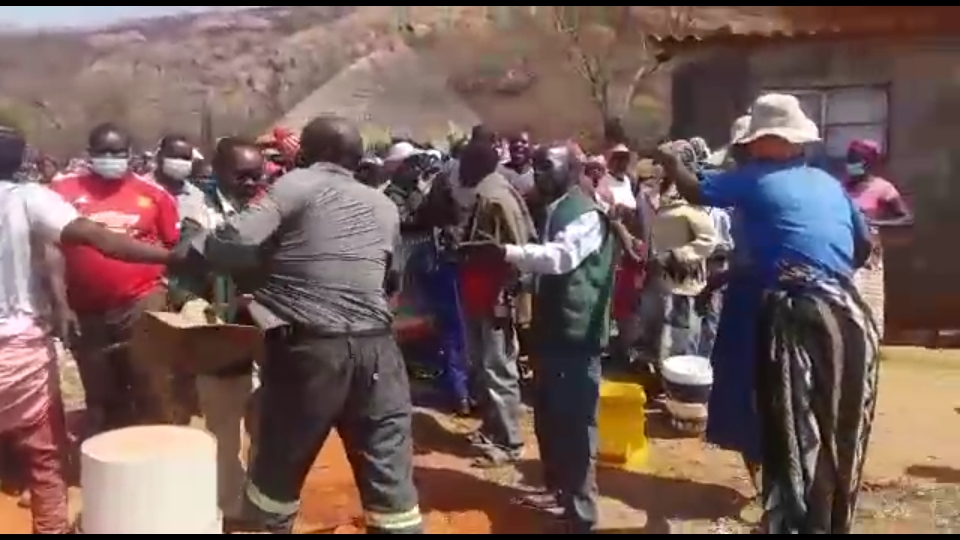 According to TellZim News, the near fist-fight incident occurred during Serina Mangoma’s funeral in Nyoka Village near Chief Charumbira’s homestead last weekend.

The Charumbira clansmen disrupted the funeral programme and threatened to bash the Nemamwa chieftaincy representative Munyaradzi Mureyi who had been asked to give a speech.

The director of ceremonies called Mureyi to give a speech on behalf of Chief Nemamwa since the deceased was from the Nemamwa clan, but this irked the Charumbira clansmen who insisted they did not recognize the Nemamwa chieftainship.

Speaking to TellZim News after the incident, Mureyi said the program had been progressing smoothly until Mureyi was called him to speak on behalf of Chief Nemamwa.

He said that was when Cephas Marashanye who is originally from Nemamwa but is a Charumbira sympathiser threatened to bash him if he spoke. Said Mureyi:

Marashanye stood up and told me not to speak, at first I thought he wanted to speak himself since he is originally from Nemamwa but is a Charumbira sympathiser. I told him to speak instead but he said there was no Chief Nemamwa.

He then came and pushed me around and other people from Chief Charumbira’s side rose and threatened to join in shouting that there was no Nemamwa. I was pushed from around and I think it was a pre planned thing.

I, later on, managed to escape and the Director of ceremonies had to skip the chief’s part. I have since reported the matter to the police.

He rubbished the resuscitation of Nemamwa chieftainship saying it was a fraud which has no legal basis to support it.

Meanwhile, Masvingo Provincial Development Coordinator (PDC), Jefta Sakupwanya said he was not aware of the incident but said incidents of that nature are common between rival chiefs and revealed that the installation of Chief Nemamwa was imminent.

He said the installation of Nemamwa was stalled by the COVID-19 induced lockdown saying if the situation improves they will sit with the chief’s council and deliberate on the way forward.