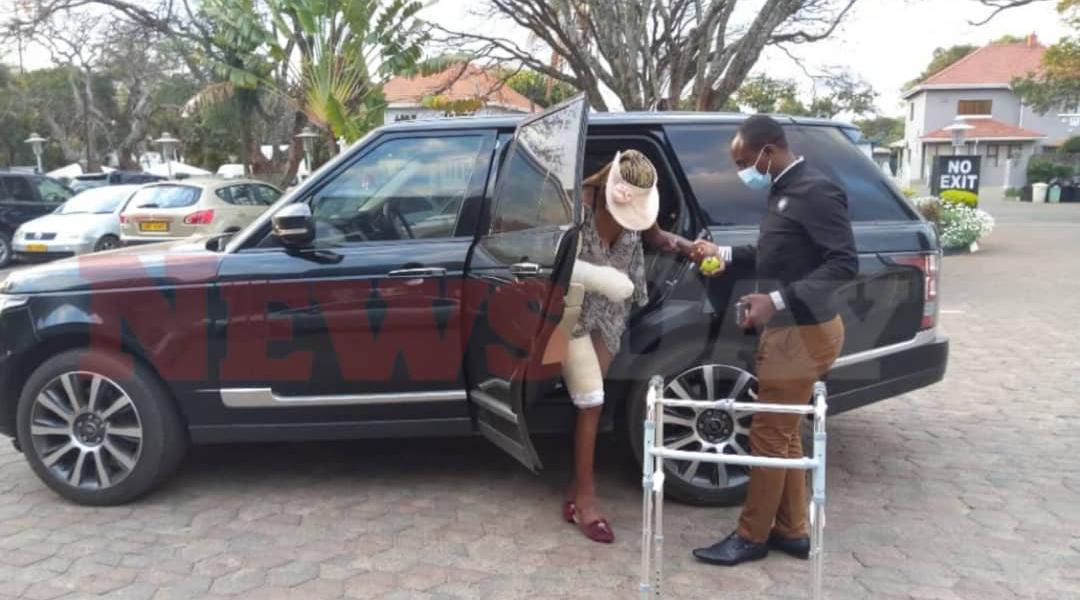 Vice President and Health and Childcare Minister Constantino Chiwenga is reportedly threatening medical doctors against releasing an affidavit for his estranged wife Marry, who is seeking postponement of her cases at the courts due to poor health.

Marry’s lawyer, Beatrice Mtetwa, on Monday told the court that several doctors approached by Marry had refused to give her a medical report, saying they were afraid of her powerful husband who is their boss.

The former model who is suffering from lymphoedema, yesterday appeared in court with a drip fixed on a walker she uses for mobility.

Mtetwa told the court that Marry could not stand trial and requested the court to postpone the matter for two months as the doctor who was attending to her had recommended lengthy bed rest.

Prosecutor Netsai Mushayabasa, however, opposed the application, saying Mtetwa did not submit any documents to prove her client’s illness.

Mtetwa opted to have her client remove the bandages to prove to the court that, indeed, her client was suffering from an ailment. She said:

We ask you to take a judiciary notice that the accused person’s husband is the Vice-President and the Minister of Health and all the doctors are too frightened to write that medical affidavit.

We are quite happy that we can remove her bandages so that you can see the wounds. The State cannot make sensitive comments on the accused person who is not well.

The insinuation that she is well can be cured by the removal of her bandages from her arm and her thigh to prove she is in pain and was operated on the thigh and left hand.

Mtetwa said Marry could not stand trial as the drugs she was taking would distract her concentration in court.

However, magistrate Noel Mupeiwa ordered doctors treating Marry to avail a medical affidavit for her.

The matter was postponed to 6 October, when the court will assess her condition.

Marry is being accused of attempting to kill Chiwenga. She is also facing money laundering, fraud and assault charges and is out on bail.

Chiwenga and Marry are also embroiled in a highly acrimonious divorce process at the High Court where they have washed dirty their linen in public.

They are also brawling over custody of their three minor children.