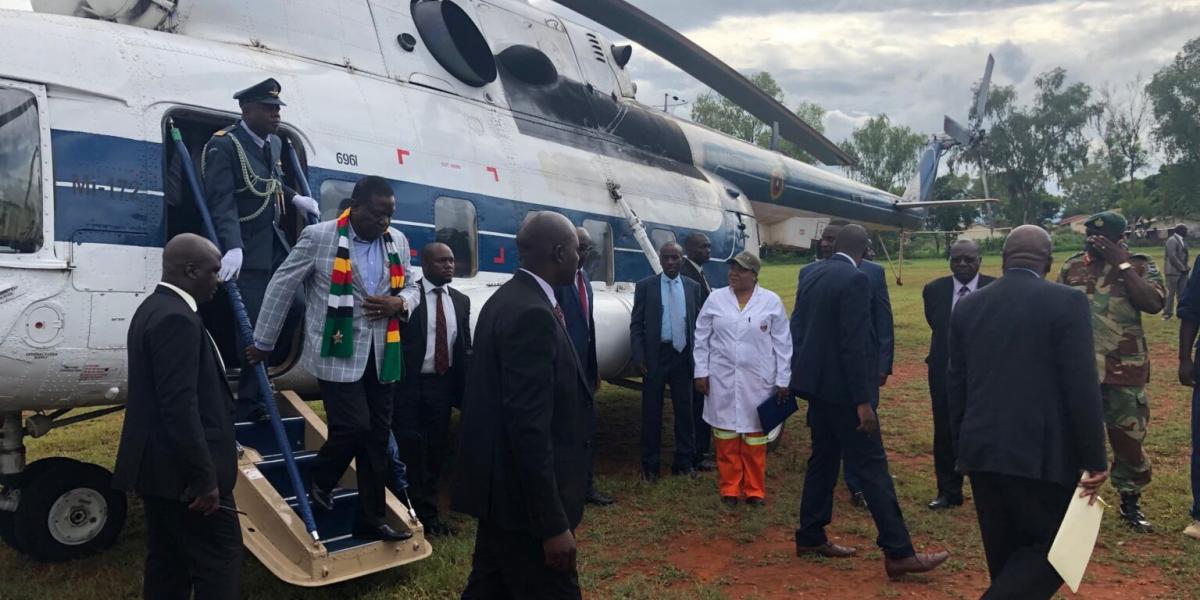 Significant changes have been made to President Emmerson Mnangagwa’s security system and motorcade after the presidential helicopter was dramatically forced into an emergency landing two weeks ago, The NewsHawks reported.

Mnangagwa’s chopper reportedly crash-landed about 60 kilometres southwest of Harare on a Sunday afternoon due to technical failure.

The chopper, which was flying from Mnangagwa’s Precabe Farm in Sherwood, Kwekwe, landed at a farm owned by a ministry of Finance official.

The NewsHawks reported sources as saying that following the incident, Mnangagwa quickly moved to beef up his motorcade by bringing in Air Force of Zimbabwe signallers to reinforce his communication system whenever he flies out.

In an air force, a signaller is a person trained to communicate between aircraft, its base and units in the area of operation, by means of radio or other digital communications.

The forced landing of Mnangagwa’s chopper at a farm near Sandringham two weeks ago reportedly resulted in a mix up between Mnangagwa’s aides and air traffic controllers at Manyame Airbase.

This necessitated the changes in the president’s security system and motorcade.

According to The NewsHawks, preliminary investigations showed that the chopper’s cockpit avionics indicated that the battery was not charging mid-air, prompting the pilot to opt for an emergency landing. A source said:

In order to avoid what happened during the incident such as delays in deploying a rescue chopper for the President, changes had to be effected particularly relating to communication.

Last Sunday a motorcade left the President’s farm around 15:30pm, with technicians from Manyame.

An air force car is now part of the motorcade, positioned right at its tail end offer communication from the hindmost whenever needed.

He flew the chopper, which eventually rescued him when he recently visited the farm.

Sources told The NewsHawks that the crash landing incident happened around 4 pm in the Sandringham area, Matsvaire village, in Chegutu district, about 65 kilometres south-west of the capital when Mnangagwa was coming from his Kwekwe farm.

Upon the incident, Mnangagwa’s security details, including an aide-de-camp, marksman from the Presidential Guard, a medic and intelligence officers, scrambled to cordon off the scene, as the team also worked out an emergency rescue plan to complete their 45-minute journey.

One Comment on “New Details Emerge On Mnangagwa Helicopter Crash”