Southern African climate experts have forecast normal to above-normal rainfall in the coming 2021 – 2022 cropping season over most parts of the SADC region.

This is according to a seasonal forecast from the 25th Southern African Regional Climate Outlook Forum (SARCOF 25) adopted this Tuesday.

The SARCOF-25 was held virtually from August 30 to 31 to generate a consensus outlook for the 2021/2022 rainfall season over the SADC region.

Normal to above-normal rainfall is most likely over the bulk of SADC in the period from October to December (OND) 2021.

However, the north-western part of Angola, the bulk of the Democratic Republic of Congo, western and southern Madagascar, northern Malawi, northern Mozambique, western fringes of Namibia and South Africa, south-western United Republic of Tanzania and north-eastern Zambia are likely to receive normal to below-normal rains.

Zimbabwe is forecast to receive normal to above-normal rains in the October-November-December period as well in the last half of the 2021 -2022 cropping season – January – February – March (2022) phase. 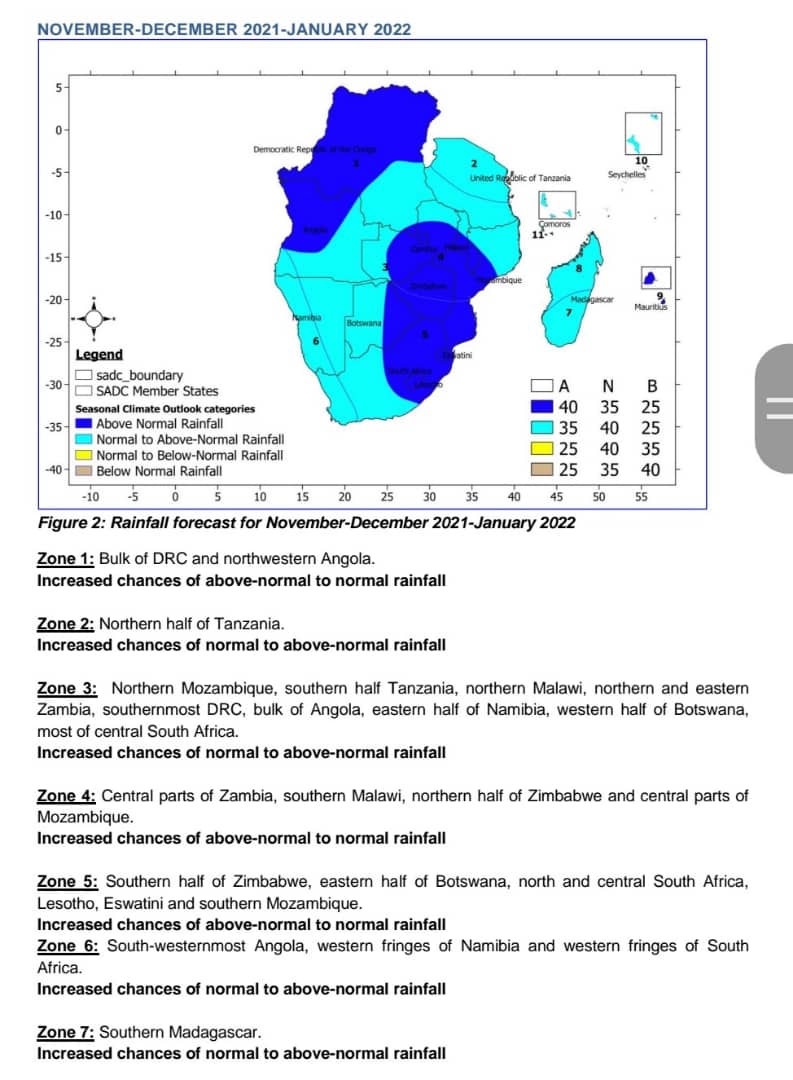 This is for the second consecutive season that the region is forecast to get better rains after the 16-member SADC bloc got adequate rains throughout the 2020/21 agricultural season.

One Comment on “SADC Experts Forecast Good Rains For Zimbabwe”