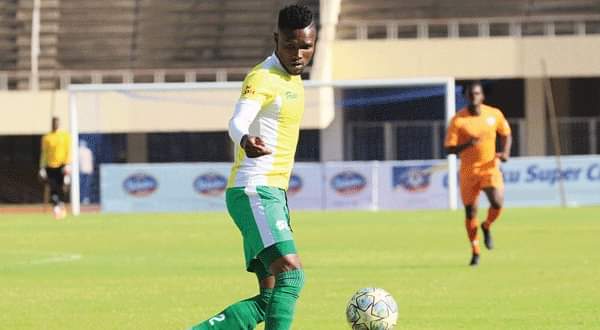 South African-based Warriors forward, Ishmael Wadi, is delighted to have been drafted into the national team for the FIFA 2021 World Cup qualifiers against South Africa and Ethiopia.

Wadi, who attracted the interest of South African National First Division Club, JDR Stars after a great run with CAPS United in the Chibuku Super Cup, told H-Metro he is looking forward to playing at the National Sports Stadium again. He said:

Obviously, it is a great feeling that l am having right now. l am really excited. Yes, the last l played at National Sports Stadium l was on fire l wish to continue, but now it is a bit different because now it’s a national duty but l will do my best.

Zimbabwe will host South Africa in the Qatar 2022 World Cup qualifiers at the National Sports Stadium on Friday and travel to Ethiopia four days later.

Meanwhile, the Warriors will be without UK-based players for the World Cup qualifiers against South Africa and Ethiopia.

The British government placed Zimbabwe on its COVID-19 red list, meaning they’ll be without six players plying their trade in the United Kingdom.

The players would have been quarantined for 10 days on their return after the international assignments.

As a result, English Premier League and English Football League clubs refused to release Zimbabwean players for the matches.