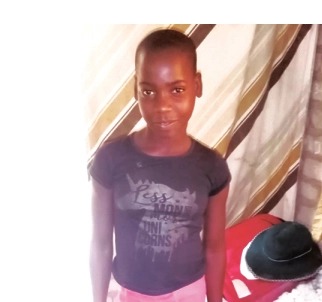 Violet Mushati was last seen at the at the Johanne Marange Apostolic Church’s Mafararikwa Shrine on 18 July (Manica Post).

A 13-year-old Johanne Marange Apostolic Church girl was allegedly married off about the same time Anna “Memory” Machaya (14) died while giving birth during the sect’s Passover gathering at Mafararikwa Shrine in July.

Investigations by The Manica Post revealed that Violet Mushati, who was in the company of her grandmother Violet Saini Zhangaroti from Taruvinga Village in Mutiusinazita area of Buhera South, was last seen at the shrine on 18 July.

Violet, who was doing Grade Seven at Barura Primary School, is reported to have “vanished” while they were preparing to leave for their Buhera home with other congregants.

Zhangaroti and her husband, Enock Mushati Mucharwa have expressed ignorance over the young girl’s whereabouts but Violet’s South Africa-based father, Tinashe Mushati Mucharwa and other relatives believe that she was married off during the church gathering.

Relatives claim that from their enquiries, they had gathered that Violet was lured by a “suitor” who was flaunting United States of America dollars while spoiling her with snacks during the church gathering.

Some of the Mucharwas claim that Violet’s “marriage” could have been settled by goodies like sugar and a small monetary token reportedly given to her grandparents.

Her 13-year-old cousin was reportedly married off last year in a similar fashion. The girl is said to have recently lost her baby after complications during delivery.

Despite Violet having “disappeared” a month ago, Zhangaroti only made a missing person report with the police on Tuesday this week.

Police could neither confirm nor deny receiving such a report, with Manicaland provincial police spokesperson, Inspector Luxson Chananda saying:

Our office is yet to receive such a report. We will continue checking with our counterparts at Mutiusinazita.

Johanne Marange Apostolic Church coordinator and spokesperson, Nyasha Marange, told The Manica Post that they do not tolerate child marriages and the law should take its course on offenders. He said:

Violet’s case is still to be brought to our attention. We never gathered last month as is being alleged by the Mucharwas.

We do not condone child marriages and if indeed, she was married off, the law should take its course.

When individuals commit offences, the church will not protect them. We have suffered a lot of bad publicity because of individuals’ misdeeds and I want to reiterate that our High Priest, Noah Taguta always speaks strongly against child marriages.

We are a law-abiding church and we urge the police to thoroughly investigate Violet’s disappearance and bring all perpetrators to book.