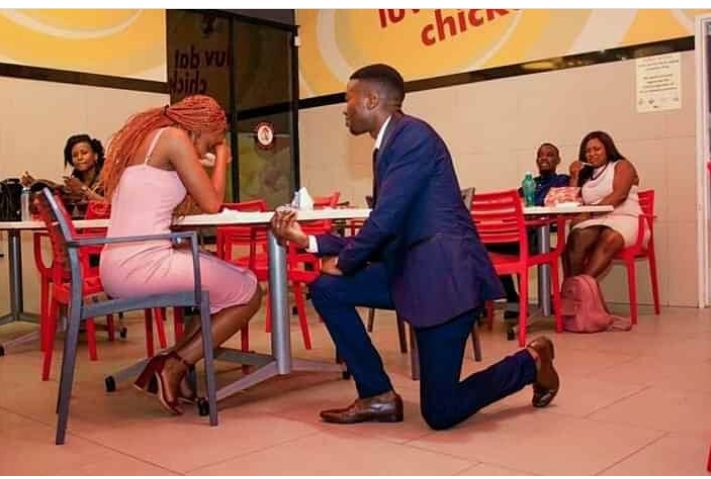 Currently, the constitution of Zimbabwe says only those persons who are 18 years and above can start a family.

However, the Criminal Law Codification and Reform Act says girls at 16 years can consent to sex.

This mismatch according to Gonese is causing confusion because girls are getting pregnant after sex but cannot marry. Speaking In the National Assembly, Gonese said:

… can the Honourable Minister indicate to us what the government thinking is relating to that age of consent because at present it is 16?

We are in the dark as to what the government’s position is and we are all aware that there are so many people who are opposed to this amendment because they are predators.

The biggest problem that we are confronted with is older men who indulge in sexual intercourse with young girls, which is where the problem mainly lies.

Most of the predators are not comfortable with the raising of the age of consent because that will actually increase the number of criminal cases that will be before our courts where girls are between the ages of 16 and 18.

In his response, the Minister of Justice and Legal Affairs, Ziyambi Ziyambi, said it was important to separate issues of marriage and age of consent. He said:

I want to thank Honourable Gonese Mr Speaker. I think it is very important to separate issues of marriage and age of consent.

There is nowhere in the world where the age of consent to sexual intercourse is 18 years. In any event, it is very difficult to stop those teenagers from engaging in sex.

What we are doing is; we need to separate issues of marriages that come with certain responsibilities with an age where a teenager can consent voluntarily to an act.

I know that already in our Act we have offences whereby if you have sexual intercourse with a young adult – it is statutory rape.

So that is covered but what I was referring to is to streamline it and ensure that it becomes clear rather than how it is currently couched.

We have outlawed marriages of anyone below 18 but if we have two young teenagers who are below 18, we cannot criminalise if they engage in sexual intercourse.

My plea is, it is a work in progress; we want to streamline it and ensure that we bring it here and have a debate on how we can now look at the age of consent.

Ziyambi added that there was a contradiction in that at 16 years people are allowed to drive but at the same time are not responsible for their actions if they engage in sexual activities. He said:

I know Honourable Gonese is very much aware that you can have a driver’s licence at 16. So you must also appreciate that on one hand, you must say that somebody is responsible for his/her actions when he/she is driving at 16.

On the other hand. You say he/she is not responsible for his/her actions in engaging in sexual intercourse – it is contradictory.

So, we must separate issues of marriage which we said is 18 and it comes with certain responsibilities.

Those who want to be married must wait until they are over 18 but there are certain things that we cannot control.

More so at 16, we agree that you can drive but if you have an accident, what do we say? I thank you.