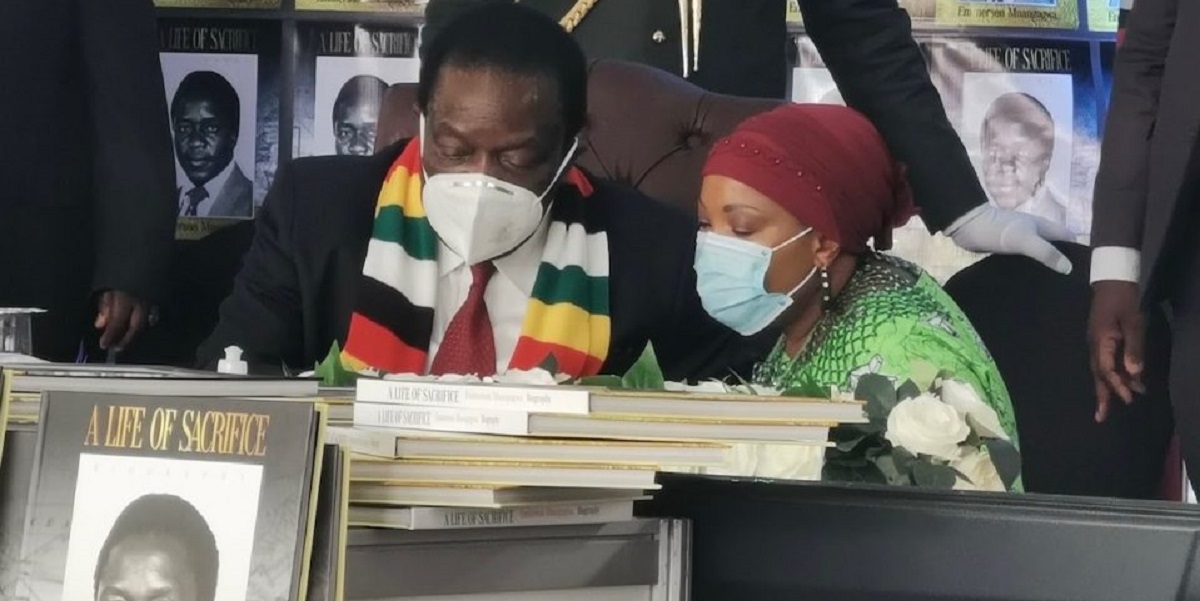 In his review of the book, Tendi said the biography depicts vice president Constantino Chiwenga, “the former general who helped bring Mnangagwa to power in a military coup in 2017, in an unfavourable light.” Added Tendi:

Cross writes that following Mnangagwa’s inauguration as president of Zimbabwe on 24 November 2017, “he set about selecting a new cabinet and senior staff in the president’s office. This was complicated by the demands being made by the senior military officers who had carried out what became known as the military assisted transition (military coup). Chief among these was the commander of the armed forces, General Chiwenga”.

Additionally, Cross maintains that when violence and looting occurred in January 2019, the acting President Chiwenga “demanded that a state of emergency be declared and martial law be introduced. This would have effectively meant that the armed forces took over the administration of the state”. However, Cross continues, “General Sibanda refused. He said his orders from the President were clear. What had happened was that the President had stamped his personal authority on the state. He would not tolerate any challenge”.

Tendi further notes that Chiwenga is in the book regarded as one of the “hardliners” who resisted electoral reforms before the 2018 elections saying that would have a serious impact on the ability of ZANU PF to win the election.

Moreover, Tendi says Cross’ book suggests that Chiwenga was behind the grenade thrown at Mnangagwa on 23 June 2018 during a ZANU PF rally at White City stadium in Bulawayo since it “was of Chinese origin and in use by the Zimbabwe National Army”.