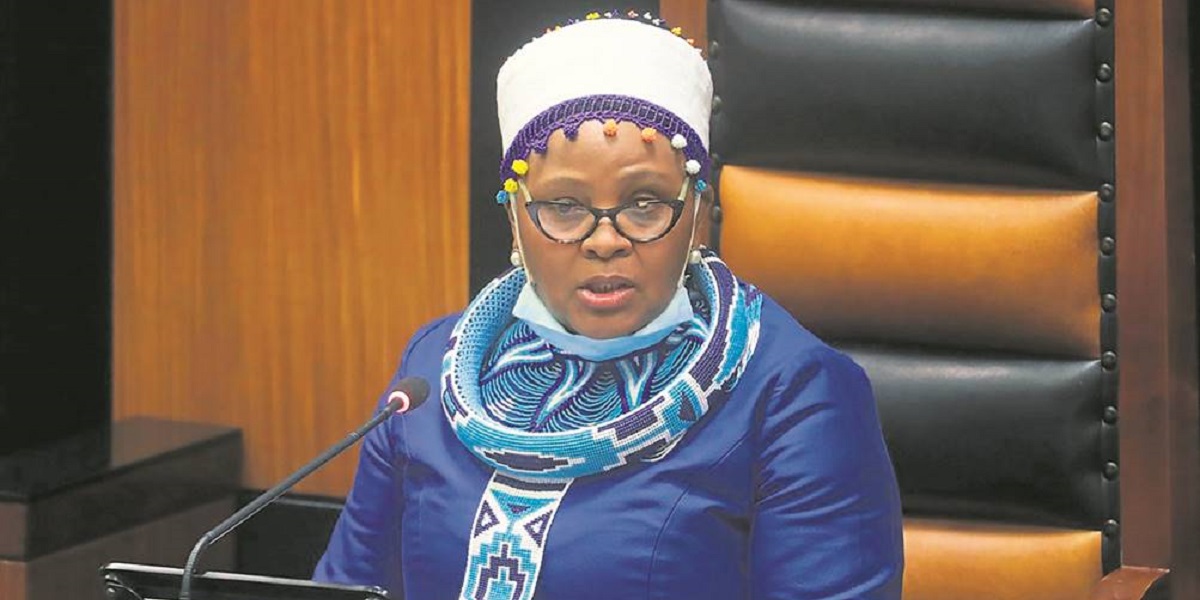 South Africa’s National Assembly elected Nosiviwe Mapisa-Nqakula of the African National Congress (ANC) party as its new speaker becoming South Africa’s fifth woman that has been elected for the post.

Speaking after her election on Thursday afternoon despite growing opposition to her elevation, Mapisa-Nqakula said she would never take for granted the confidence the ANC placed in her to lead Parliament. She said:

This is particularly an emotional occasion for me seated among you in the benches during proceedings and election. I really felt humbled to be nominated as a candidate for the position of Speaker of this house.

I also felt great pride both as a member of this house and as a South African observing the exercise of democracy with all parties big and small fully utilising the opportunity and space to nominate and vote freely for candidates of their choice for the position of Speaker.

It is upon this foundation that Parliament has continued to stand as the foremost custodian and protector of our democracy.

She was elected shortly after reports suggesting that Parliament’s portfolio committee on defence was investigating her on allegations of corruption and misuse of office.

They said Mapisa- Nqakula was imposed on the ANC’s members of Parliament who had to follow the instructions of the party’s top six leaders.

On Wednesday, the EFF said it would be abstaining from her election as it did not want to be complicit in “rubber-stamping Ramaphosa’s violation of the separation of powers”.

Mapisa-Nqakula was voted in by 199 MPs while the DA’s Annelie Lotriet, who was nominated by her party, received 82 while 17 votes were spoilt.