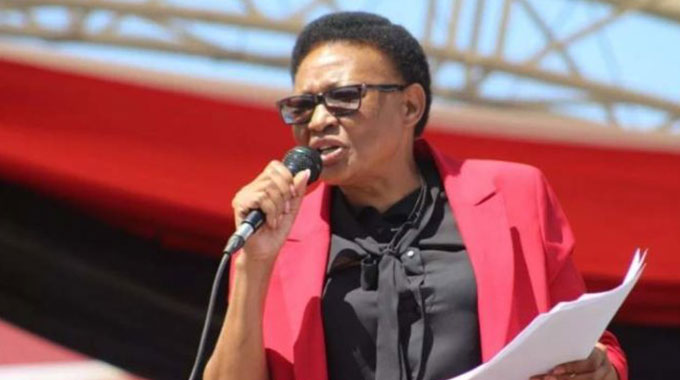 The commission was set to investigate prolonged Bulawayo Assembly disputes.

The leader of the commission, Lynnette Karenyi Kore, recently told the National Standing Committee (NSC) that Khumalo and her faction were terrorising anyone who opposes her using the provincial security department.

Bulawayo24 reports that Kore told the NSC meeting that Khumalo refused to appear before the commission and opted to send members of her faction.

Khumalo is also accused of dangling party positions and parliamentary seats to anyone who would support her bid to consolidate power within Matabeleland and was using the provincial security personnel to terrorize anyone who supports the rival Welshman Ncube and James Sithole faction.

Kore further reported that Khumalo was using her agents, such as Swirthern Chiroodza and Helen Zivira, to push her agenda.

Kore who is a co-Vice President in MDC Alliance reportedly concluded that Sithole was a victim of a smear campaign by the Khumalo faction.

The disputes are said to stifled party progress as leaders are now spending their time fighting each other.

MDC A national leaders have reportedly resolved not to dissolve the entire Bulawayo structure, but to find ways of mending the rift between Khumalo and Prof Ncube.

The leaders also resolved to disband the provincial security team as it was heavily involved in the factional fights.

Khumalo and Ncube are fighting for the control of the Matebeleland region and the former has resorted to smear-campaign anyone who is seen to be supporting Ncube.