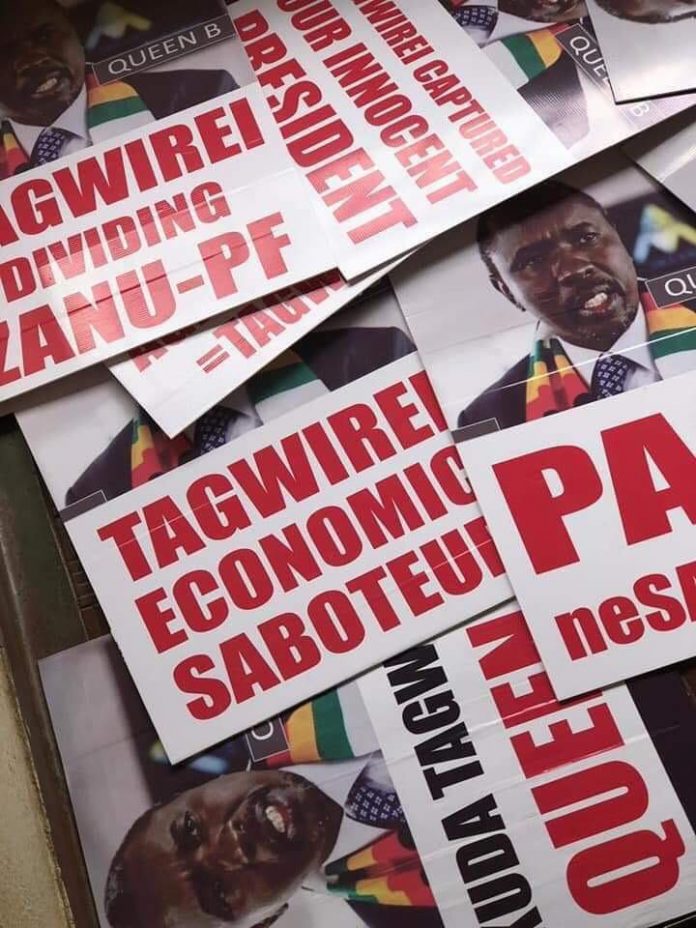 Writing on Twitter, the former Minister of Information, Publicity and Broadcasting Services said:

REGIMOND MATHAMBO (or “Matambo”) is Kuda Tagwirei’s real name. Pals he grew up with, speaking pure siNdebele, in Shurugwi call him Regi. He became Tagwirei at #CBZ; setup Sakunda for murky deals & the rest is history. After US & UK sanctions he’s back to MATHAMBO, for some deals!

One Gwalagwala Unlimited @ShepherdDhlami6, however, doubted Moyo’s narrative saying he knew Tagwirei as Kuda Tagwirei before CBZ. Replied the follower:

I knew him as Kuda Tagwirei well before CBZ when he was at Harare polytechnic. He was staying with his aunt (mother’s young sister at Nobridge court). Based on that I’m not sure if what you are saying is true.

That’s not correct. I was with him at Thornhill Hugh school- Gweru. Same class, slept In same hotel (Cranewell) , played B/ball etc PLEASE GET YOUR FACTS RIGHT.

The truth of the matter is not yet known.

Tagwirei is one of the Zimbabwean elites on the United States sanctions list. He was sanctioned for allegedly engaging in corrupt activities and aiding the ruling ZANU PF.

He is into energy, health, mining and banking sectors.