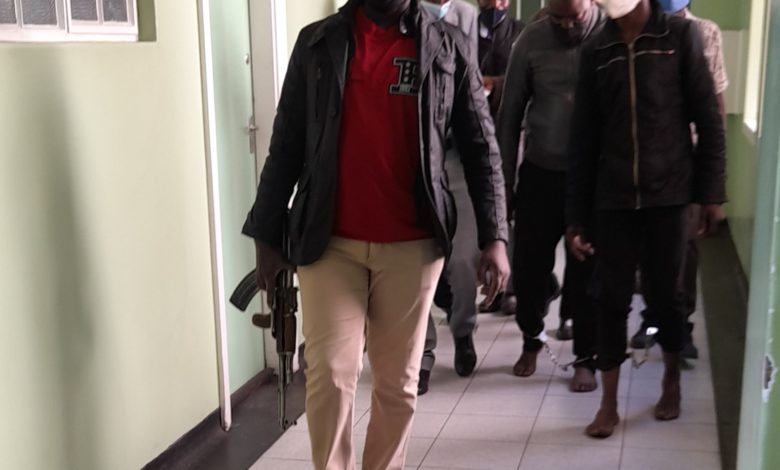 Three of six suspected armed robbers who were involved in a shootout with law enforcement officers on Saturday morning in Bulawayo’s Fourwinds suburb have appeared in court charged with armed robbery.

The police pounced on the suspects while they were attempting to rob Mike Shawn Querl (45) of Franklin Avenue, Fourwinds who is the Director of ABJ Engineering – a company that manufactures and sells mining equipment.

Two of the suspects were shot dead at the crime scene while the third succumbed to gunshot wounds at United Bulawayo Hospitals (UBH).

The trio was identified in court as Makhosi Brian Nkomo (31) of Mpopoma, Mthokozisi Moyo (37) of Plumtree and Nkosilathi Ncube (42) of Gwanda.

Nkomo and Moyo appeared at Tredgold Magistrates court before magistrate Marygold Ndlovu, while Ncube is admitted to UBH after he sustained leg injuries while exchanging fire with the police.

The three are being represented by Bob Sansole of Dube, Mguni, Dube legal practitioners.

The investigating officer, Wellington Masuku applied for further detention of the accused persons, saying the police needed more time to carry out investigations. He said:

Your Worship, we are requesting that we be granted permission to remand the accused persons by a further 48 hours while we carry out more investigations.

A report we obtained from CID Ballistics confirms that the firearms recovered from the accused people had been used to commit other offences in the city and outside.

We, therefore, want them to assist us with indications. We also want to recover other outstanding firearms and record witness statements.

Sansole did not object to the application for further remand.

Magistrate Ndlovu granted the application and ordered that the accused persons be back at court on 11 August for initial remand.

The deceased are Arnold Mpofu (39), Nomore Hove (39) both from Gweru and Thamsanqa Mpofu of Kezi.