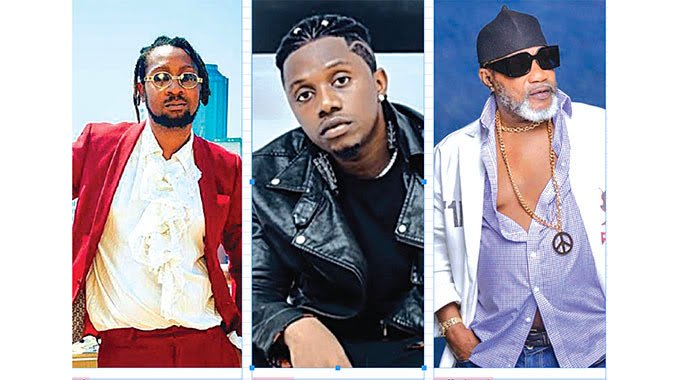 On the track, Patati Patata, Koffi’s deep voice is heard singing: “Zimbabwe hoyee! ED Mnangagwa, Number 1!” and this did not go down well with some.

Prof Moyo argued that those who criticise Rokie for the lyric, which he described as “dumb” need a moral compass. Said Moyo:

If anyone is offended by the insipid Kofi Olomide lyric, “ED Munangagwa, Number One”, which he chants only once in his “Patati Patata” collabo with Roki and Tanzania’s Rayvany, then they need a moral compass. The chant is dumb, but not offensive. Give #Roki a break, he deserves it!

However, journalist and filmmaker Hopewell Chin’ono was not amused by Prof Moyo’s sentiments. He responded:

I disagree with @ProfJNMoyo on this one. He is only looking at Roki, ignoring the owners of the project, and how it is funded, and where the funds are coming from, and who is being deprived with the looting of these funds!

We can’t be upset with looting and not its outcomes!

Moyo challenged Chin’ono to provide evidence to prove that the song was produced using proceeds from looted funds. He said:

Fine. And I disagree with you @daddyhope on this one. Olomide & Rayvany aside, I am with #Roki, a Zimbabwean artist whose artistic & livelihood interests matter.

Artistic content is owned by its creators. I’ve seen no EVIDENCE that looted funds have been used to produce the song!

Responding to a comment by Jenandebvu Dhara, who had expressed “disgust” over “Roki’s tendency to praise sing for my oppressors”, Moyo said:

There must be limits to the policing of ideas, arts and creativity. Artistic, intellectual and moral policemen are very dangerous in any society!

Java, a self-proclaimed prophet and comedian, is vigorously pushing on social media for Mnangagwa’s popularity.

Koffi, 65, is not new to politics. In the Democratic Republic of the Congo, he recently joined the Alliance des Forces Democratiques du Congo political party.