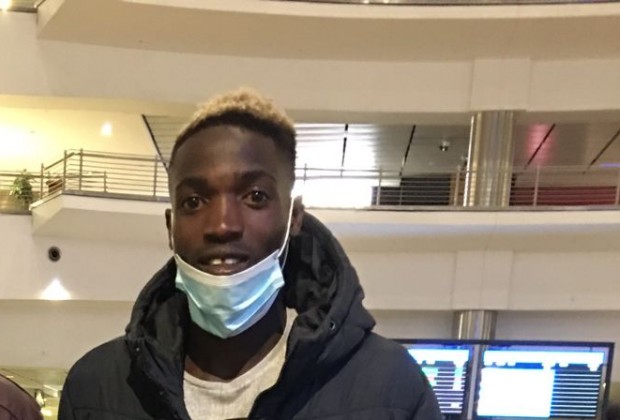 Highly-rated Zimbabwean midfielder Blessing Sarupinda has landed in South Africa, with the announcement of his signing at his new club imminent.

The 22-year-old midfielder has been linked with a move to Portuguese third-tier club, Sporting Clube, from Caps United, but newly-promoted DStv Premiership club Sekhukhune United has secured his signature. A source told Soccer Laduma:

Blessing Sarupinda has landed in South Africa to officially join his new club. He has started training with his new teammates at Sekhukhune United this morning at the Greek Sporting Club in Linksfield.

Sekhukhune bought the player from CAPS United. It is a done deal, and an announcement is expected to be made by the club anytime from now.

SuperSport United and Chippa United were very keen on the player but Sekhukhune beat all the interested clubs to his signature.

This is the most talked-about and highly-rated Zimbabwean player at the moment.

Sarupinda is a product of the Aces Youth Soccer Academy, which produced the country’s top exports over the years such as Khama Billiat and Knowledge Musona, among others.