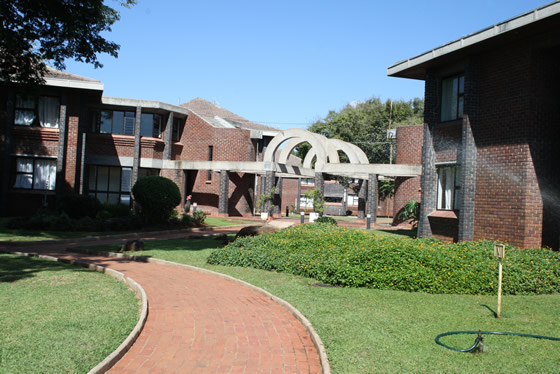 The fourteen (14) Zimbabwean nationals who were deported from Britain last month have been united with their families after finishing the mandatory quarantine at ZIPAM.

The deportees’ temporary stay at the Zimbabwe Institute of Administration and Management (ZIPAM) in Darwendale was fully covered by the government.

ZIPAM acting director-general Edgar Makande on Tuesday confirmed the release of the deportees to their family members and relatives. He said:

All the 14 were taken to their families and relatives, 13 were the first to be released on Sunday while the remaining one was still finalising with his family members, but he later also went comfortably on Monday.

They enjoyed good hospitality as the Government was fully catering for their stay at the centre including the standard three-course meals and desserts. They were also enjoying free Wi-Fi connectivity.

After spending several years in the diaspora, the deportees initially struggled to cope with sadza, but later got used to it at least once a day.

The 14 all arrived in England between 1999 and 2007 and were being deported since they had been convicted of serious offences.

These do not count against them on their return as the offences were not committed in Zimbabwe.

International Organisation for Migration, working with the Government facilitated transport for the returnees to final family destinations including Umguza in Matabeleland North, Magwegwe in Bulawayo, and Highfield, Westgate and Avondale in Harare.

Initially, the government of the United Kingdom of Great Britain and Northern Ireland (UK) was expected to deport 50 Zimbabweans.

However, some raised objections with the courts and were allowed to appeal, while some were allegedly affected by COVID-19 in some detention centres.