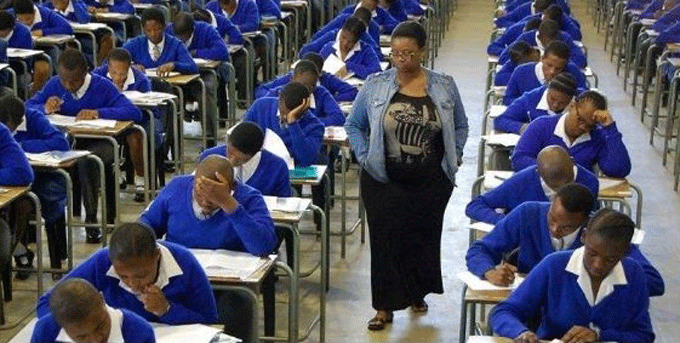 The Progressive Teachers Union Zimbabwe (PTUZ) (PTUZ) has called on the government to postpone the November 2021 Zimbabwe School Examinations Council (ZIMSEC) examinations for Grade 7, Form Four and Form 6 to January next year.

In a statement, the PTUZ said pupils, whose learning has been severely disrupted by COVID-19 lockdowns, will not be prepared to sit for the November public examinations. Said PTUZ:

Six weeks after schools were supposed to have reopened, it’s still not clear when they will.

We call on the Primary and Secondary Education ministry to postpone the examinations to January, at the least.

These kids learned for only three months since last year, radio and television lessons reach less than 10% of the candidates.

The government introduced radio and television lessons, but the programme only reached few people due to poor broadcasting reception in some areas, lack of gadgets as well as electricity challenges.

The PTUZ said the government has not been forthcoming to support teachers’ initiatives of subject and class WhatsApp learning.

It said teachers are prepared to teach pupils and only want the government to support them with data and internet bundles.

Schools were supposed to have opened on 28 June but owing to the surge in coronavirus infections, the opening was initially deferred for two weeks, then another two weeks on 12 July and now deferred again.