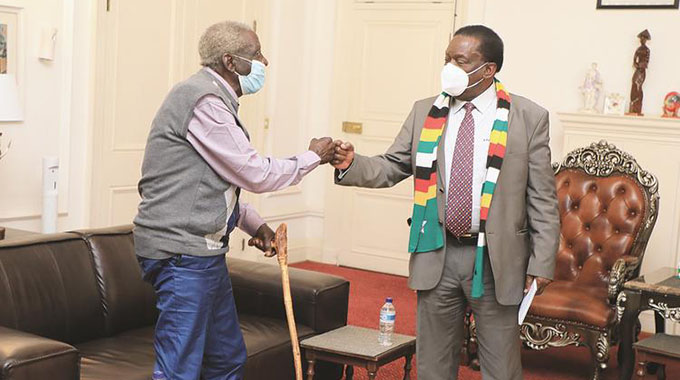 Like his old friend the President, Masawi was arrested during the country’s liberation struggle days but before that, the two were bosom buddies.

Masawi said he used to stay with Mnangagwa in Highfield at his (Mnangagwa) uncle Michael Mawema’s house soon after he returned from China where he received military training. Said Masawi:

I stayed with the sitting President Emmerson Dambudzo Mnangagwa in Highfield at his uncle Michael Mawema’s house, which was located opposite Mtanga Night Club. We used to cook together on the two-plate paraffin stove. We used the same room and same bed.

I met Emmerson Dambudzo Mnangagwa soon after he came from China where he was trained. Michael Mawema left the house for us. We were the only two people who were given the house by Michael Mawema.

Masawi said in January 1965, Mnangagwa was arrested by police inspectors at Mawema’s house in Highfield in connection with blowing up a train in the then Fort Victoria now Masvingo.

A veteran nationalist, Masawi was imprisoned up between 1973 and 1978 and again in 1978, he was picked up only to be released after independence in 1980. Afterwards, he became a teacher.