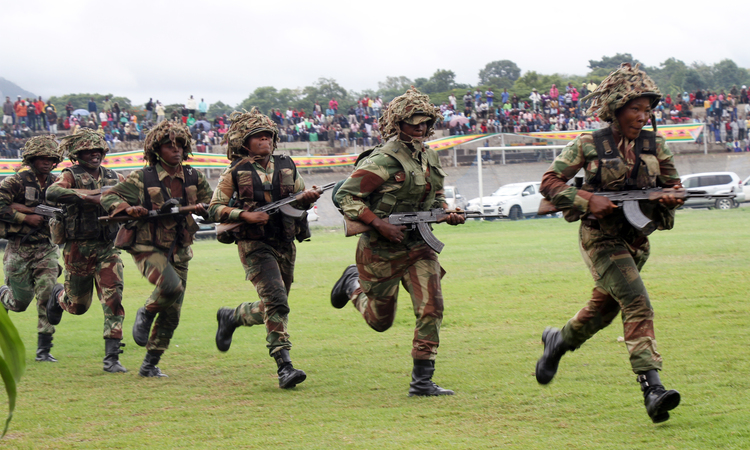 SADC ground and naval forces have arrived in Mozambique’s troubled northern province and are closing in on Islamic insurgents who have killed about 2 800 people in cold blood and displaced over 800 000 more. in the region.


Last week, Defence and War Veterans Affairs Minister Oppah Muchinguri-Kashiri announced that President Mnangagwa, who is also the Commander-In-Chief of the Zimbabwe Defence Forces (ZDF) will be deploying instructors to Mozambique in accordance with section 213(1) (a) and subsection 213 (3) of the country’s Constitution. She said:

Zimbabwe is awaiting the signing of the Status Force Agreement after which the Zimbabwe training continent will be sent to Mozambique. Once the training team is dispatched, Parliament will be informed accordingly in terms of section 214 of the Constitution of Zimbabwe.

This issue is no doubt of great importance to Zimbabwe considering our proximity to and warm relations with Mozambique and is also critical to the peace, security, and stability of the entire SADC region.

Botswana has deployed 296 troops while the South African National Defence Force (SANDF) is reported to have shown its presence in the Indian Ocean yesterday heading to the Cabo Delgado.


Rwanda, which is not part of SADC, has deployed more than 1 000 soldiers who have killed some 30 insurgents in joint military campaigns with Mozambique.

Meanwhile, South Africa’s SAS Makhanda which is docked in Pemba will form part of the small maritime contingent of the SADC’s intervention brigade known as the SADC Mission in Mozambique or SAMIM, South African media reported yesterday.

The first contingent of armoured vehicles from 43 SA Brigade, based north of Pretoria, was also visible as it moved through the border post of Ressano Garcia at Komatipoort at first light on Saturday.


Two of the South African Air Force’s Hercules C130 cargo aircraft have been flying regular flights between Waterkloof Air Force Base in Pretoria and Pemba in the past two weeks transporting soldiers, equipment, ammunition, and a contingent of Special Forces.

An Air Force Cessna Caravan light aircraft arrived in Pemba last week and its crew has set up base at Pemba’s international airport.

A long convoy of armoured assault vehicles and other support trucks were also seen as it crossed the border between Zimbabwe and Mozambique at Gondola.