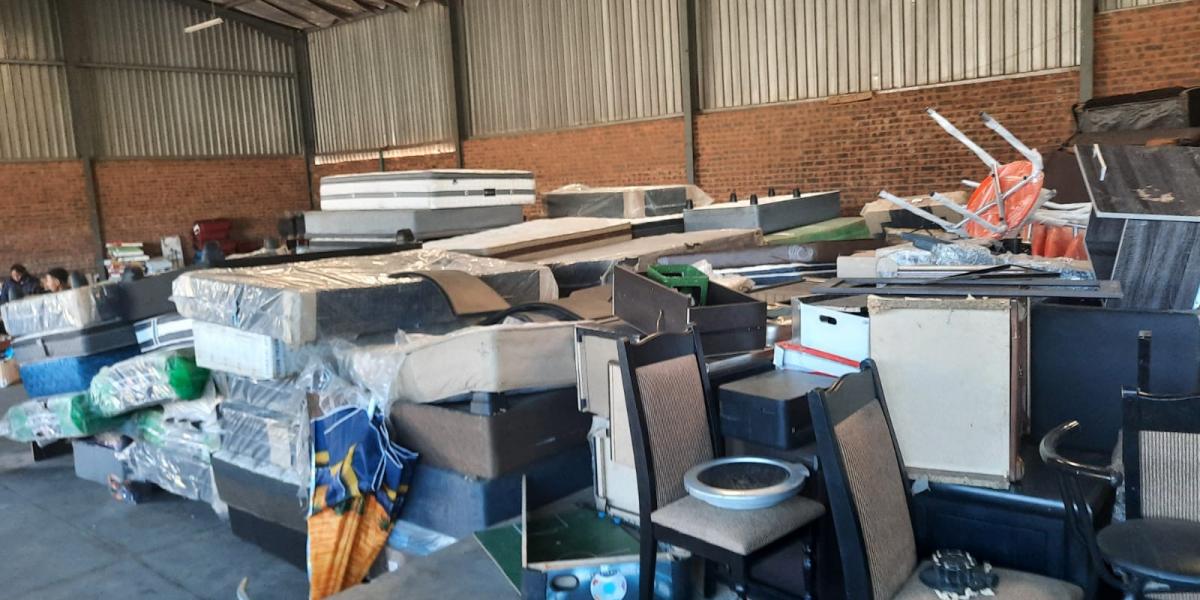 The South African Police Service (SAPS) has warned members of the public to desist from buying goods looted from businesses during the rioting last week, as possession of these items would land the buyers in jail.

Hundreds of shops and warehouses were looted during several days of rioting in Kwazulu-Natal and Gauteng provinces. The civil unrest was triggered by the jailing of the former president Jacob Zuma.

A warning has been issued to those who were not part of the looting spree but are buying stolen property from the looters that they too, will be arrested for being in possession of stolen property.

She said wide-scale law enforcement operations are underway to track down people who have the stolen goods in their homes. Added Peters:

In Gauteng during integrated operations at a number of hostels in mostly Tembisa, Johannesburg, Alexandra and Moroka over the weekend, 14 suspects were arrested for being in possession of suspected looted property.

Meanwhile in KwaZulu-Natal 92 suspects have been arrested over the weekend for being in possession of stolen property.

Peters said by Sunday morning, a total of 3 407 suspects had been arrested on various charges since the violence erupted over a week ago, with only one suspect granted bail

At least 1 122 of the arrested people are expected to appear in different courts in Gauteng and KwaZulu Natal courts, while the remaining dockets are under investigation.