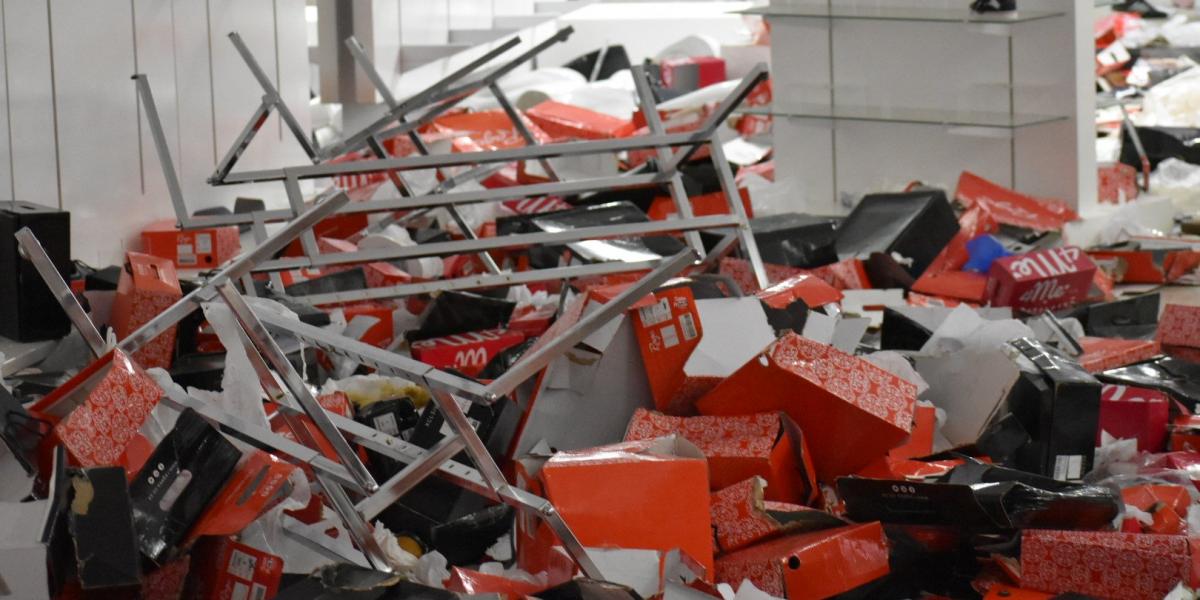 The South African Police Service (SAPS) has arrested at least three people believed to have had a hand in the riots that rocked Gauteng and KwaZulu-Natal (KZN).

The South African government has characterised the violence and looting that led to the death of over 200 people an insurrection.

The arrests were confirmed by Police Minister Bheki Cele on Sunday afternoon, 18 July 2021, in KZN.

Cele said the suspects are not part of the 12 people that were mentioned in the previous week.

The Minister said the suspects will be appearing in court on Monday, 19 July but he could not disclose the suspects’ names until they make an appearance in the dock. Said Cele:

Do we have any movement on that, the latest on how many people have been arrested because people are waiting for answers? We do.

The names of 3 people have, but there are other names that have been given to the security forces.

Unfortunately, we are not going to be able to name those people until they are arrested and come to court.

But it seems as soon as tomorrow those names will come to the public eye.

Axed former State Security Agency (SSA) top spy and former SA ambassador to Japan, Thulani Dlomo was fingered as one of the suspects but has vehemently denied this.

Dlomo handed himself over to SAPS in Durban, KwaZulu-Natal on Friday, 16 July, but was released from police custody without being charged. He said:

I am continuously referred to as Zuma’s spy. The facts are that I served my country for more than two decades in the security services and most recently as an ambassador to Japan.

The South African civil unrest started out as demonstrations demanding former president Jacob Zuma’s release from prison in KZN but soon morphed into looting sprees, which then spread to parts of Gauteng.