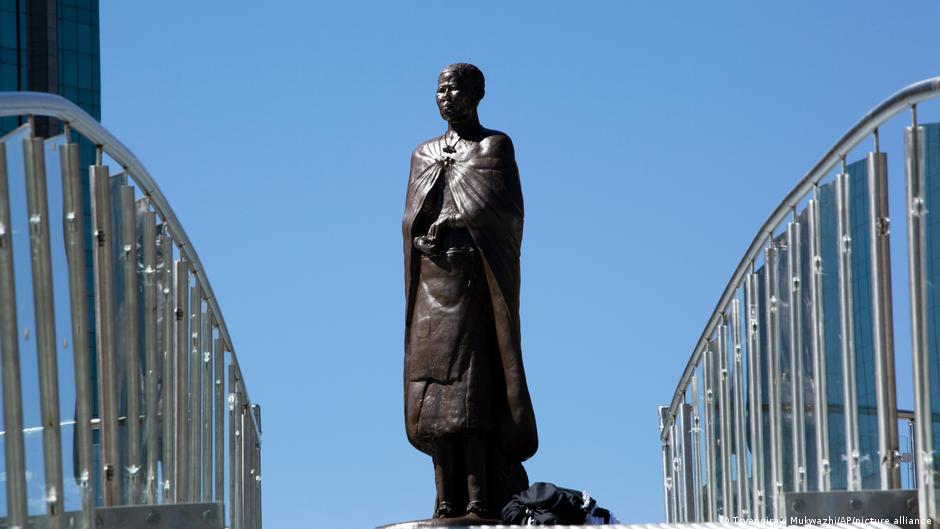 The Statue of Nehanda Charwe Nyakasikana

The Zimbabwe Republic Police (ZRP) has dismissed social media reports claiming that there was an accident at the statue of Mbuya Nehanda in central Harare on Saturday night.

Social media platforms were yesterday awash with pictures of a metal structure that collapsed on vehicles purported to be that of the liberation icon.

Asst Comm Nyathi said the police is investigating the origins of the fake social media post so that the law can take its course. He said:

The ZRP dismisses a social media post alleging that there has been an accident at the Statue of Mbuya Nehanda Corner Julius Nyerere and Samora Machel.

This is false. The police are now conducting investigations so that the law can take its course on those who are peddling fake news. The fake media post is dismissed with the contempt it deserves.

Mbuya Nehanda’s statue was unveiled by President Emmerson Mnangagwa on Africa Day, where he called the 19th-century Black anti-colonialist heroine “an inspiration to all Zimbabweans and all Africans.”

Nehanda — whose full name was Nehanda Charwe Nyakasikana — was an influential spirit medium that rallied people to fight against land seizures by colonialists.

She was hanged in 1898 on charges of murder and for leading a rebellion against white occupation by Britain.

However, she became a symbol of resistance during the struggle that led to the independence of Zimbabwe in 1980 and the end of the white-minority ruled country of Rhodesia.

At the event, close to the place where Nehanda was executed, Mnangagwa vowed to press for the return of her skull from Britain.

It was taken there as a war trophy and is currently held in London’s Natural History Museum, along with the skulls of other “first chimurenga” — the name given to the 19th-century uprising against white settlers.