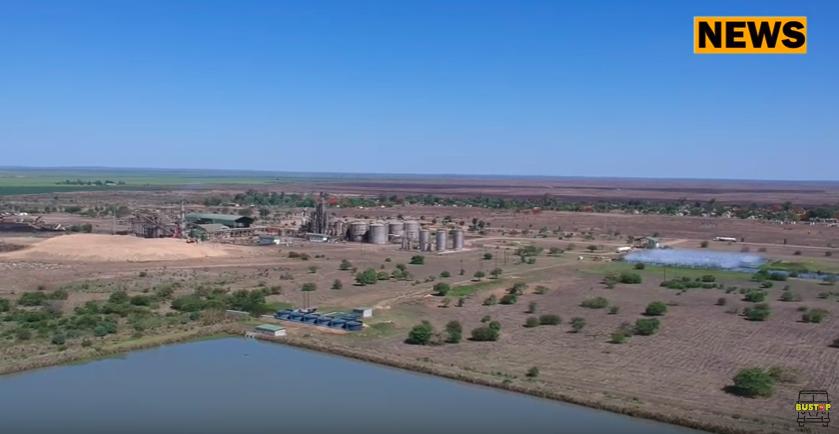 Families that have lost their ancestral land to Green Fuel Pvt Ltd in Chisumbanje and Chinyamukwakwa village in Chipinge have reportedly resettled in neighbouring Mozambique.

Green Fuel is a joint venture between business mogul Billy Rautenbach who reportedly holds a 90% stake in the company and the government which holds the remaining 10%.

Green Fuel guards have allegedly been beating up villagers, destroying their homes and ploughing down their crops since June this year.

Speaking to The Standard, Headman Chinyamukwakwa confirmed the development and accused the government of going back on its promise to empower blacks by giving them land. He said:

They had their homes razed down by armed guards from Green Fuel and their crops ploughed down.

This government and its white friends should not continue driving people out of the country.

People went to war to reclaim their land, which the whites stole from us aeons ago, but now this government is taking land from black people and giving it back to the whites. What kind of a government is that?

We were given presidential inputs, but the crops were ploughed down.

What are we going to tell the president when questions are asked about the expected yield?

One of the community leaders, Jerry Moyana, said the community used to work for the Agricultural and Rural Development Authority (ARDA) way back before the land was leased to Green Fuel. He said:

Our parents used to work in Arda picking cotton, but they never had any problems with it.

ARDA had its demarcation and fenced their area, but Green Fuel, which now owns the ARDA land, is now encroaching into our land.

Most villagers are now trekking down to Mozambique, but they have lived here since 1967 working on their three-hectare pieces of land.

People are now spending nights sleeping in the open on their way to Mozambique because they have nowhere to run.

In the late 70s and the 80s when we were of school-going age, we used to work on the Arda farm picking cotton.

We did not have any problem with that like what we are experiencing now with Green Fuel.

Claris Madhuku, director for Platform for Youth and Community Development (PYCD), who is working with the community, said they were still assessing the value of the destruction since June.

But ZANU PF national spokesperson Simon Khaya Moyo said he could not comment on the matter because the MDC Alliance had no proof that the ruling party was involved.