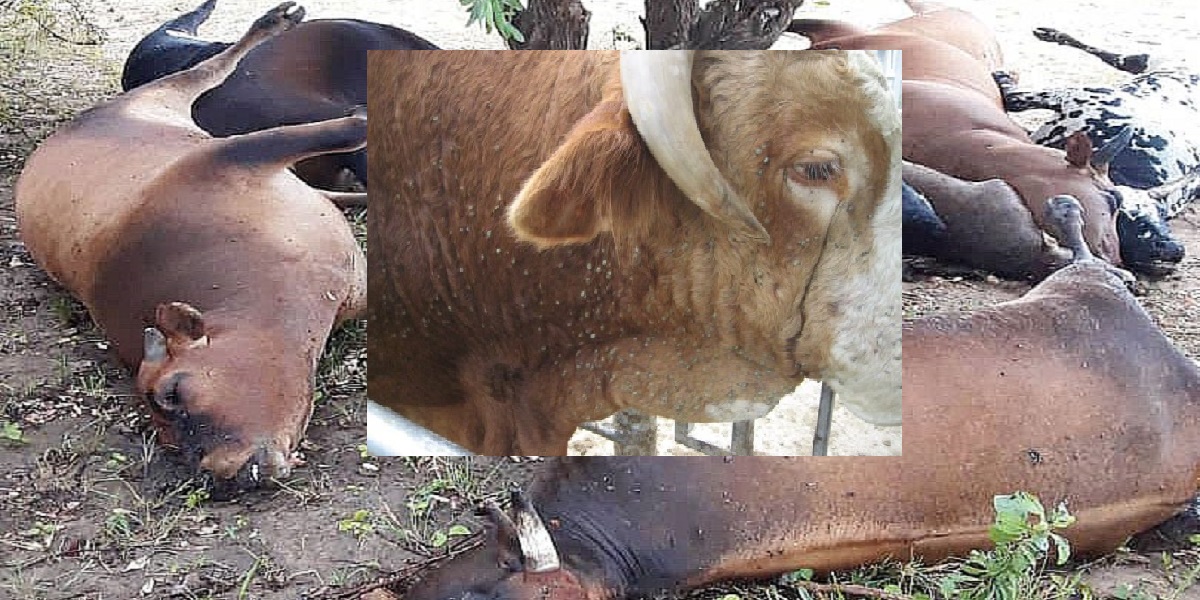 Veterinary officers have told Pindula News that the Theileriosis, or January Disease, a tick-borne infection has claimed dozens of cattle in Zvimba, Mashonaland West.

Villagers were afraid that their cattle were dying from COVID-19.

This is a huge blow to the national goal of boosting both the dairy and beef industry.

Dr Moregood Spargo, district veterinary officer for Zvimba district, said the disease, which is caused by the brown ear-tick that usually thrives during the rainy season, has seen some farmers losing livestock.

Asked if any action was being taken to assist farmers, Dr Spargo said farmers were being assisted. He added:

_In Winter, cattle are dipped once fortnightly but due to the outbreak of the disease, they are being dipped every week._

_We also have the Presidential Input Scheme that is assisting farmers with tick grease. Farmers in affected areas are set to get another batch of tick grease, 1kg per household._

Dr Spargo also allayed fears others had over the possibility of transmission of the disease to humans. He said:

_Although we do not encourage eating cattle that are dying from any illness, a January Disease is not a zoonotic disease which means it cannot be transmitted to humans._

He added that the challenge they have in addressing the issue was resistance from ignorant farmers who do not want to bring their cattle to the dips. Dr Spargo added:

_Some farmers believe that their cattle are getting the disease from the dips. They have resorted to spraying their cattle at home and that approach is not effective. As a result, cattle continue to die._

_We have requested local authorities and the Zimbabwe Republic Police (ZRP) that we conduct awareness meetings to enlighten farmers on the disease that has affected all regions across the country._

_Another challenge, particularly at Zvimba Farm, is the inadequacy of water to put in dips. They have resorted to dipping once fortnightly which is recommended when there is an outbreak._

Dr Spargo also indicated that some farmers are now selling their livestock at very cheap prices as they fear total loss if they die. He added:

_There are fraudulent buyers who misinform farmers that the disease has no cure. This has resulted in farmers selling their cattle at very cheap prices. We visited one farmer who sold his 6 beasts for a song. Once they see symptoms, they sell the cattle because they believe they can’t treat the disease._

He also said the disease can be treated if measures are taken in time.

He said some of the symptoms are froth from the mouth, blood diarrhoea, tears, and swollen lymph nodes behind the ears.

Veterinary Officers Speak On Death Of Cattle In Zvimba