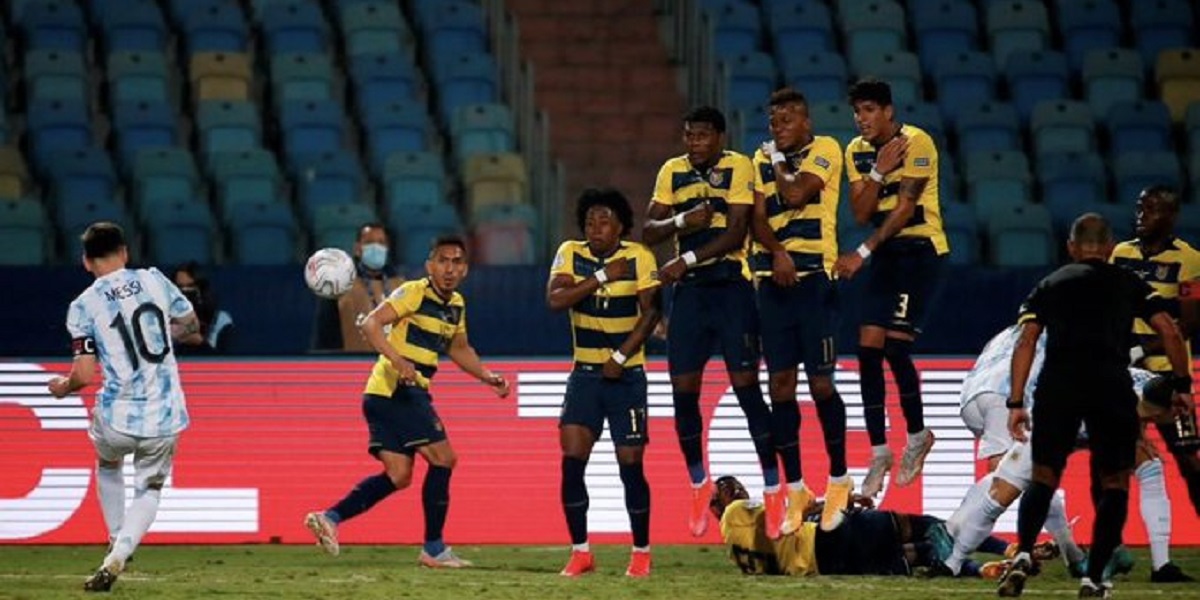 Lionel Messi was on the scoresheet once again last night after scoring yet another free kick when Argentina played Ecuador at the ongoing Copa America tournament hosted by Brazil.

Messi has been in impressive form and has won 4 Man of the Match awards in 5 games in this Copa America.

He finishes the quarter-final victory with two assists and a goal. Messi has now scored 2 free-kick goals at this tournament.

Watch the video below as Messi scores the free kick.