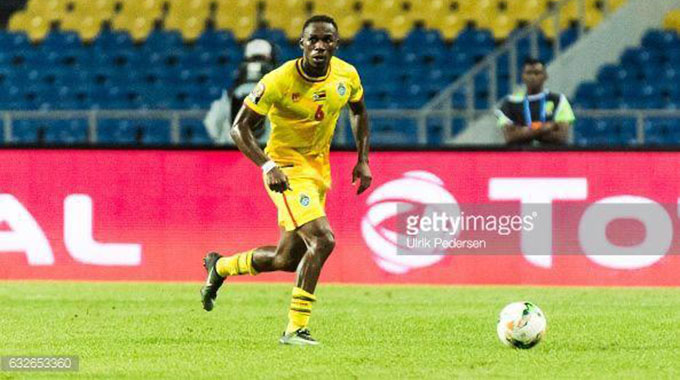 Warriors defender Onismor Bhasera is set to continue his stay at SuperSport United with yet another extension in the pipeline.

The 35-year-old Zimbabwean international has been at Matsansansa for the past five years, playing 124 games and providing all his experience playing at left-back.

His representative Steve Kapeluschnik has confirmed to KickOff.com that talks are in progress with regards to an extension to the contract he signed last year. He said:

I am talking to SuperSport about an extension for Bhasera because his contract has expired.

Bhasera arrived in South Africa back in 2005 to join Tembisa Classic from Harare United.

Classic’s status was bought by Maritzburg United that same year he arrived and he stayed at the club for two years until he left for Kaizer Chiefs.

At Chiefs, he stayed for two years again before an ugly separation as he sought to move to Europe, where he ultimately played for English lower division club Plymouth Argyle.

Since his return to the PSL in 2013, Bhasera has played for Bidvest Wits before switching to Matsatsantsa, where he is now the oldest member of the playing squad.