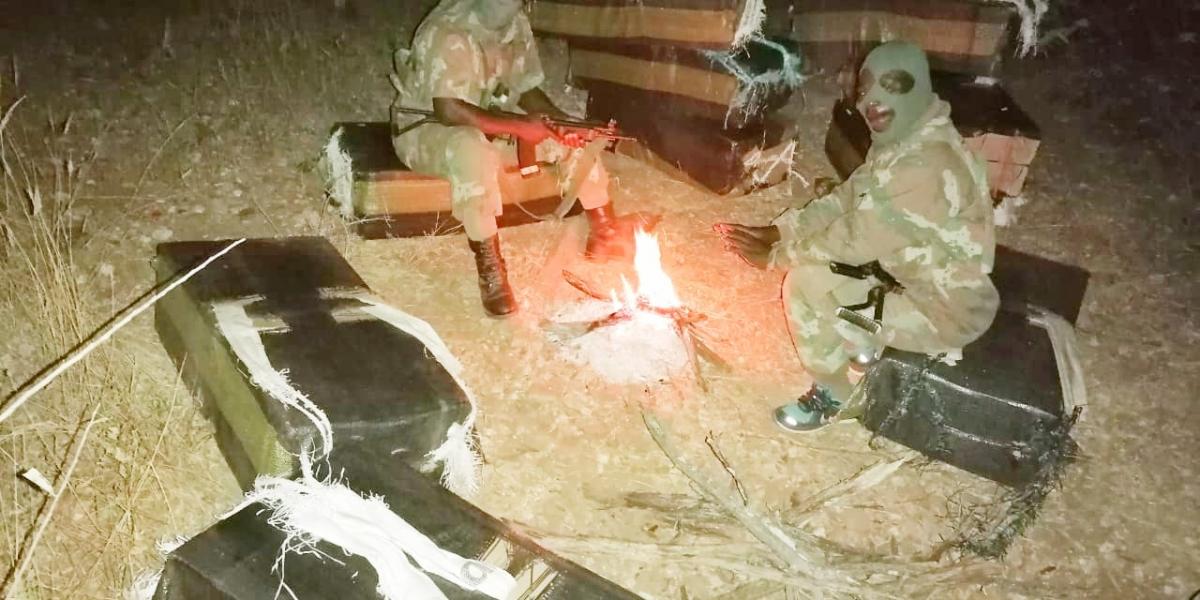 South African National Defence Force (SANDF) soldiers were shot at by three suspects while on patrol near the Zimbabwean border.

SANDF managed to arrest one of the suspects and handed them over to the South African Police Service (SAPS).

The soldiers were reportedly conducting their routine foot patrol near Boerdery Farm, near the Zimbabwean border when they spotted three suspicious men standing on top of a lone hill.

“Upon approaching the suspects, the suspects fired four shots at the SA National Defence Force members,” said Captain M.E. Semono in a statement. Pindula News publishes the statement by SANDF posted on their Facebook page:

Deployed soldiers were busy with their routine foot patrol on Republic of South Africa/Zimbabwe border near Boerdery Farm when they spotted three suspicious-looking males wearing black clothes on top of a lone hill.

Upon approaching the suspects, the suspects fired four shots at the SA National Defence Force members.

The soldiers approached the suspects and successfully managed to arrest one suspect with one pistol (Vektor), 3 x rounds and 4 x cellphones in his possession.

The other two suspects escaped across the border into Zimbabwe. The suspect was handed over to the SA Police Service and a case of possession of an unlicensed firearm, possession of live ammunition as well as entering Republic of South Africa without documentation.

The illicit cigarettes were also handed over to SA Revenue Service/Customs.