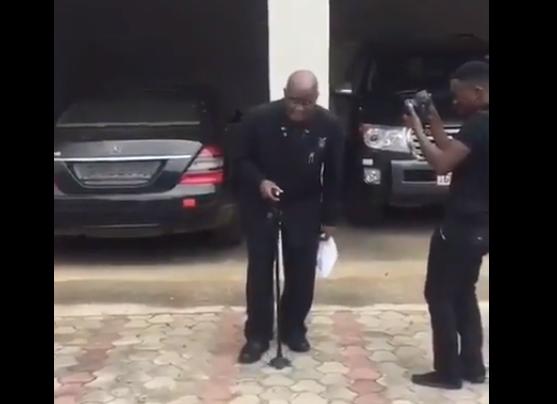 Zambia’s founding father and former president Kenneth Kaunda has been admitted to hospital, his office said Monday. Rodrick Ngolo, the administrative assistant said in a statement:

The Office and family of the First President wish to inform the general public that His Excellency Dr Kenneth D. Kaunda First President of the Republic of Zambia has been unwell and was admitted to hospital at Maina Soko Medical Centre.

His Excellency Dr Kaunda is requesting all Zambians and the international community to pray for him as the medical team is doing everything possible to ensure he recovers.

Kaunda ruled Zambia for 27 years, taking the helm after the country gained independence from Britain in October 1964.

The veteran nationalist was popular in the first decade after independence but became increasingly autocratic and banned all opposition parties.

Under his leadership, Zambia hosted many of the movements fighting for independence or black equality in other countries around the region, including Zimbabwe’s two liberation movements, ZAPU and ZANU.