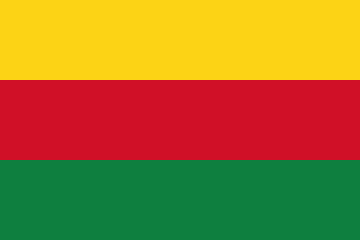 As I extend my cordial greetings to all our people, the people of Mthwakazi in their diversity comprising eight different linguistic communities, located in the 14 Districts of Mthwakazi, and comprising one great nation, and indeed the world at large, I must confess that I feel the great honour of introducing the first cabinet of the people’s government of the Federal Republic of Mthwakazi (FREM).

It is noteworthy that it has taken a combined 128 years of domination, subjugation, and humiliation (consisting of 87 years of European colonial rule and 41 years of ZANU-PF Shona hegemony rule) for the people of Mthwakazi to arrive at this truly historic moment.

It, therefore, gives me much pleasure and relief to introduce the first-ever provisional cabinet as follows:

It is important to emphasise that these appointments consist of solid people who have been working behind the scenes for several years.

They have all been involved in impeccable preparations for the establishment of the sovereign state of the Federal Republic of Mthwakazi (FREM).

Behind this dedicated and decisive team of leaders, there is a huge and formidable bureaucratic team that has been working tirelessly day and night.

More department appointments are in the making and will be announced in due course. For now, this team of dedicated insightful leaders shall develop and execute the strategy for the formal establishment of the Federal Republic of Mthwakazi.

I must mention that the support for our cause is staggering and overwhelming.

This is perhaps the first cabinet in the whole of Africa that is sincerely and unwaveringly dedicated to the full emancipation and rapid development of subjugated, dominated, and humiliated people.

Soon this team will begin working on processes aimed at developing our voters roll, to be compiled by the transitional Mthwakazi Independent Electoral Commission (MIEC).

The same transitional MIEC will be responsible for organising the first free and fair elections in the Federal Republic of Mthwakazi (FREM).

In the meantime, this team of dedicated Mthwakazi leaders will begin identifying leaders for provisional appointment as District Governors in all the 14 Districts of Mthwakazi.

The Federal Republic of Mthwakazi has as its capital, the City of Bulawayo, which predates European colonialism.

It should be recalled that when the Matebeleland Order in Council of 18 July 1894 was enacted following the destruction of the Mthwakazi state in 1893, Bulawayo was already the seat of government in Mthwakazi.

It is therefore of significant historical significance that we again bestow the capital status on the historic city of Bulawayo.

As I have stated again and again in my previous communications, we intend to formally establish the Federal Republic of Mthwakazi through peaceful means and in so doing we will observe the rules of international law.

It is for the state of Zimbabwe to reciprocate by recognising and respecting our right to self-determination.

These provisional appointments and transitional institutions are therefore part of the preparatory work for the eventual formal establishment of the Federal Republic of Mthwakazi. We cannot aspire for self-determination and fail to strategically prepare for the same.

We cannot make the same mistake that many new states in Africa, and indeed in the world, have made of starting to fashion out state institutions after their formal establishment.

That is a recipe for instability and missed opportunity for rapid development. The people of Mthwakazi are too great and too smart to make that mistake.

As I have said previously, the institutions of Mthwakazi are derived from the Constitution of the Federal Republic of Mthwakazi, which is the supreme law of our country.

We are now in the process of designing and developing the passport, identity card, birth certificate and our national currency, the Mthwakazi dollar. Below is the sample of our passport as developed by our technical team.

It is important to underline that we are not going to beg anyone to be allowed to govern ourselves.

We are simply announcing it to all those who care to listen, as there is no need to beg anyone about the right to govern ourselves in our own country.

Only those who are hell-bent on continuing to subjugate the people of Mthwakazi will be worried by our preparations for the inevitable.

It is not our intention to go to such people to bother them about anything, as we are content about what we have in Mthwakazi.

We just need to be left alone and develop ourselves the best we can in peace and tranquillity.

It is our intention to have good relations with all our neighbours and will expect no hindrance whatsoever regarding our own self-determination from anyone.

Those who need justifications as to why we have taken this bold move should know unequivocally that 128 years of subjugation is real and has retarded our development.

Every day under the system of Shona hegemony is a day too long. We can no longer bear the suffering and humiliation inflicted by murderers, rapists, thugs, and looters.

To those who still want to take our people back to subjugation, domination, and humiliation, what will it take you to think again and be ashamed of your collaboration?

When will you understand that we risk total annihilation as a people if we fail to assert our self-determination?

Do you really think that by participating in the Zimbabwe political project, you will suddenly be recognised as full human beings? Please wake up from your slumber and smell the coffee.

I have said it before that our condition as people of Mthwakazi is not necessarily because of the current crop of Zimbabwean political leaders (granted, some of them are directly responsible for the genocide, rape, torture and ritual killings that were inflicted on us) but is because the ethnic hatred that was sown by ZANU-PF and the system of tribal Apartheid that it is continuing the execute are so deep that no change of government in Zimbabwe will ever improve our condition. It will not happen today. It will not happen tomorrow. It will not happen in a thousand years.

It is in fact also in the interests of Shona people and their future generations that they are freed from the bondage of hating us.

They need this divorce from Mthwakazi as only that way can they wake up and fight for their rights and development as citizens of their country, Zimbabwe.

As good global citizens, the people of Mthwakazi will no doubt support them in their fight for democratisation. But we can only do so as neighbours.

As I conclude, it is important to state categorically that the people of Mthwakazi are determined to finish what they have started. Nothing under and above the sun will stop them. Providence is on our side.

The right of the people of Mthwakazi to defend themselves remains reserved. We will continue preparing for the establishment of our own institutions, which will include, among others, the Armed Forces of Mthwakazi and competent, human rights-oriented civilian police forces at the federal and district levels. These institutions are prescribed by the supreme law of the Federal Republic of Mthwakazi.

The establishment of the provisional cabinet of the Federal Republic of Mthwakazi needs therefore to be understood within the framework of thought as presented in this submission.

There is still a lot of work to be done. We call upon all our people wherever they are – entrepreneurs, educationists, health experts, engineers, artisans, farmers and everyone to make this dream a reality.