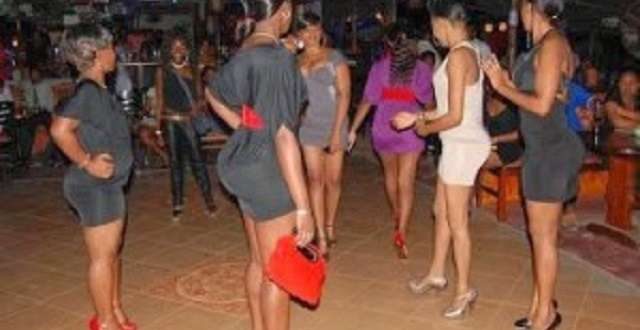 Hookers in Macheke, Murehwa, are complaining that tobacco farmers’ wives this time around accompanied their husbands to the auction floors a situation that robbed them of an opportunity to make money.

Reports suggest that a lot of farmers have in the past lost thousands of their hard-earned United States dollars to sex workers who who usually work with male criminals.

Hookers who spoke to NewZimbabwe said the move by farmers’ wives dealt them a heavy blow since they used to rely on tobacco farmers for revenue. One sex worker, who only identified herself as Mucha, said:

_We used to rely on tobacco farmers during this period, but now their wives are now accompanying them to the auction floors and they are no longer accessible._

_So, for us to approach tobacco farmers soliciting for beer or sex is now impossible. The farmers also come to bars that are operating illegally with their wives and as a result, the couples don’t spend much time in the town compared to previous years when they would stay for over a week._

_Sex is work and if we do nothing, our children will die from hunger and be unable to attend school. We are getting old, and sex work will not take us far. We need to prepare for retirement, so we appeal to authorities if we can be assisted with income-generating projects and retire from this trade._

According to Mucha, the female sex workers’ sources of income had also been worsened by the Covid-19 pandemic, which has seen most people finding it hard to survive.

She added that the decline in demand resulted in them lowering their fees to as little as $1 per session.

Mucha also bemoaned the fact that most beer outlets remain closed while police are chasing or abusing them as fine, if they resort to beer outlets operating illegally.