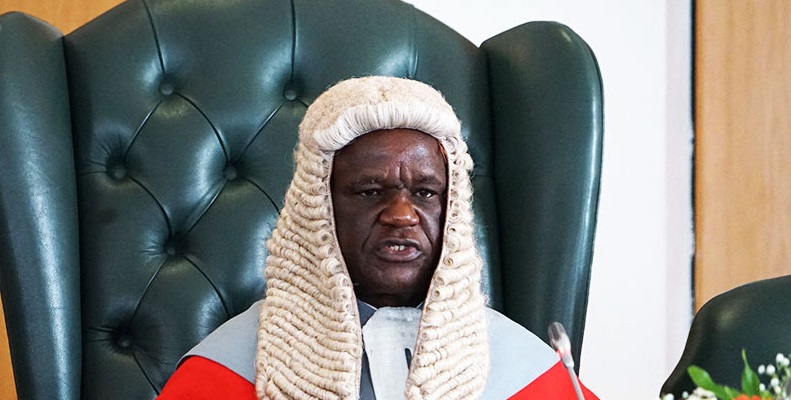 Chief Justice Luke Malaba has asked the High Court to dismiss an application for his arrest on contempt of court charges, arguing that he is lawfully in office.

This follows a ruling by three High Court judges on 15 May that Malaba had ceased to be a judge and Chief Justice after reaching the retirement age of 70.

Malaba returned to office arguing that the High Court ruling had been suspended by an appeal filed by Justice Minister Ziyambi Ziyambi.

This was after the Judicial Service Commission (JSC) had appointed Deputy Chief Justice Elizabeth Gwaunza to act as Chief Justice before Malaba’s dramatic comeback.

Lawyers for constitutional law activist Musa Kika dispute that an appeal against a declarator suspends the operation of a judgement and have asked the High Court to find him in contempt and jail him.

In his response to the contempt of court application, Malaba said:

Consequent to the filing of the appeals in SC130/21 and SC131/21, I’m advised that regardless of by whom the appeals were noted, the legal effect thereof was to suspend the operation of two orders relied upon by the applicant in this matter.

My understanding is that a declaratory is an order that sets out what the law is where there is a dispute on the position of the law for future purposes of the application of that law.

It is for this reason that a declarator without consequential relief is not executable. It does not create rights or obligation. The appeal against such an order will not suspend it because it does not have an immediate effect on the rights of any person.

On Monday exiled former minister Jonathan Moyo claimed that the JSC was involved in illegal moves to influence a panel of three High Court judges to rule in Malaba’s favour.

Meanwhile, the High Court has set Thursday, 3 June 2021 as the date to hear the urgent court application seeking Malaba’s arrest for contempt of court.