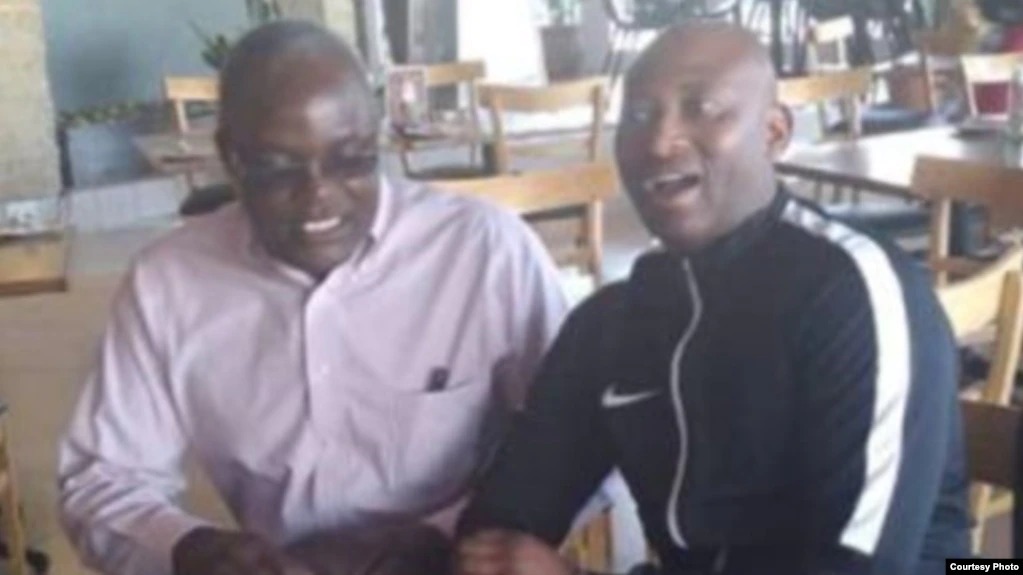 Peter Ndlovu is said to be interested in contesting the 2023 presidential election. (Courtesy Image: Sabastin Mubvumbi)

APP interim leader Sabastian Mubvumbi told VOA Zimbabwe Service that all party supporters want Ndlovu to lead the party and the former Coventry City striker has also warmed up to the idea.

Mubvumbi said as a party, they held several discussions about finding a candidate that would attract people’s attention. He said:

That’s when Peter Ndlovu’s name was mentioned and everyone was happy about him.

I held meetings with him in South Africa. I used to fly to South Africa and we talked about this and he was agreeable.

He said ‘go and make the right arrangements and when the right time comes I’m at your disposal’.

This is why you see that I’m the current acting president but the people’s choice is Peter Ndlovu.

This seat is reserved for Peter. I don’t have any reservations about that.

Peter is still gainfully employed in South Africa. He is employed by one of the country’s billionaires.

If this thing (party) takes shape and he is willing to come back home, he will take the top party position and lead us in the 2023 general elections.

… … Come 2023, Peter’s name will be on the ballot box. I’m very certain about that. We have done our homework.

Meanwhile, VOA Zimbabwe Service said efforts to contact Ndlovu were fruitless as he did not respond to questions sent to him.