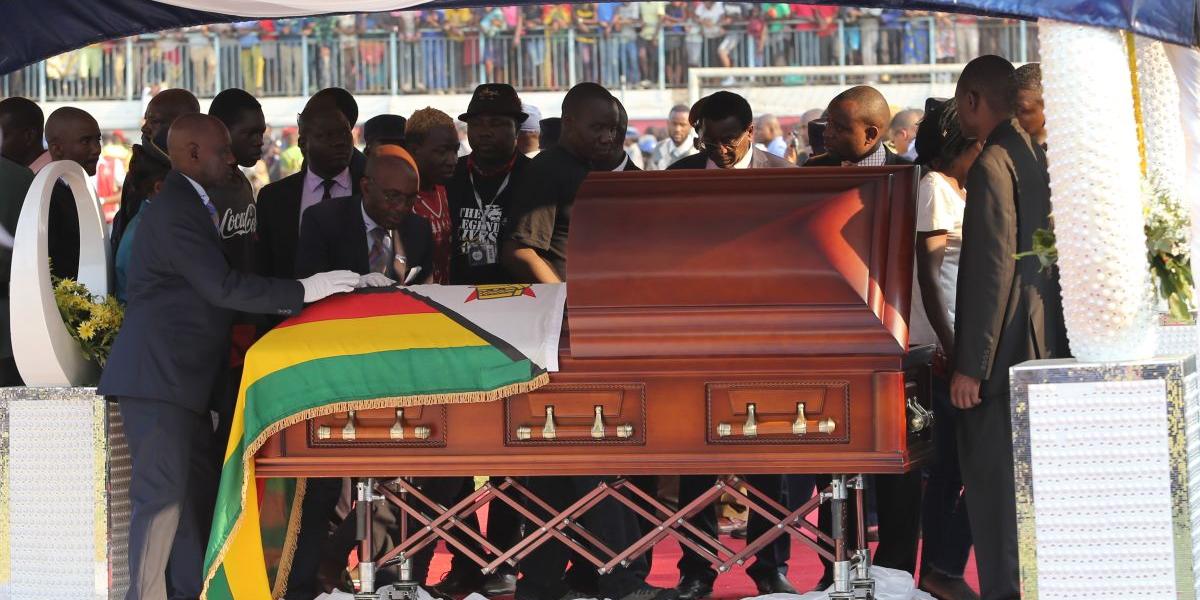 Constitutional law expert Professor Lovemore Madhuku said an order for the exhumation and reburial of former President Robert Mugabe issued by a traditional chief this week is “outrageous” and “defies common sense and logic”.

Prof Madhuku said Chief Zvimba, real name Stanley Mhondoro, has no legal authority to order the exhumation of bodies, let alone decide where they are buried well outside his area of control. He said:

It clearly appears that the traditional court has gone outside its jurisdiction, for example, the whole point of exhuming a body is not governed by customary law in Zimbabwe.

If you want to exhume any body in any part of the country, you don’t go to a customary law court.

A customary community court in this case does not have the power to order what appears to have been ordered.

The furthest they can go is to try and say whether or not Grace Mugabe would have done something wrong here, but not to the extent of making an exhumation order, so that is a reviewable ground, you can take that court to a higher court and say that it went outside its jurisdiction.

Prof Madhuku said he was convinced that Chief Zvimba’s ruling “would not stand scrutiny in any superior court because it strikes me as extremely outrageous in its defiance of common sense or logic.”

Chief Zvimba’s court sat on 20 May, and its judgement was delivered to the Mugabe rural home in Kutama where his family buried him in line with his wishes.

Chief Zvimba also gave Mugabe’s widow – who has been in Singapore for a year and who did not attend the hearing – up to 1 July to ensure Mugabe is reburied at the National Heroes Acre in Harare.

Meanwhile, Mugabe’s family and the former president’s supporters charge that Chief Zvimba is in fact fronting for President Emmerson Mnangagwa.

He said Mnangagwa believes that Mugabe was buried with a mystic sceptre that would give him commanding authority as a leader of Zimbabwe.

One Comment on “Madhuku: Mugabe Reburial Order Outrageous And Unlawful”