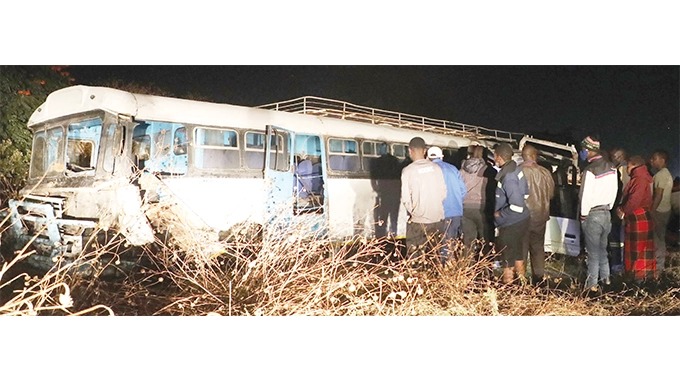 A truck driver died on the spot after his vehicle collided with a Zimbabwe United Passenger Company (ZUPCO) bus along Luveve Road in Bulawayo.

The accident occurred on Tuesday night at around 8 PM at the Luveve Road and Huggins Road junction near Josiah Chinamano Primary School in Emakhandeni suburb.

Insp Ncube said the truck driver (26) from New Magwegwe suburb was speeding and failed to give way at the road junction and his vehicle collided with a Chikozho bus operating under the ZUPCO scheme. He said:

Circumstances are that the first party was driving a Toyota Dyna truck due south along Huggins Road and he failed to give way at the T-junction of Huggins and Luveve Road where he collided with the second party who was driving an AVM bus due east along Luveve road.

As a result of the accident, the second party sustained no visible injuries. The first party sustained head and abdominal injuries and died on the spot. His body was taken to United Bulawayo Hospitals mortuary for postmortem.

Insp Ncube urged motorists to adhere to road rules to save lives.