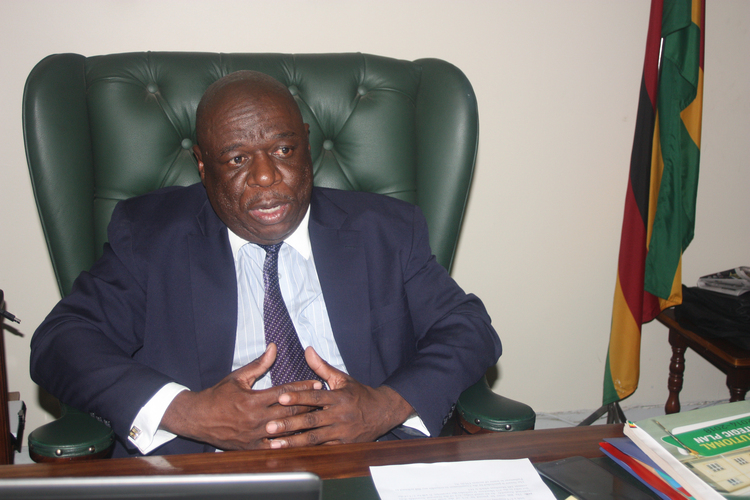 Parliamentarians unanimously resolved to re-appoint Clerk of Parliament Kennedy Chokuda to serve his second and final six-year term as head of administration.

Chokuda was appointed as Clerk of Parliament in May 2015 replacing long service Austin Zvoma who had reached retirement age.

Justice, Legal and Parliamentary Affairs Minister Ziyambi Ziyambi presented a report of the Committee on Standing Rules and Orders which recommended for Chokuda’s reappointment. Said Ziyambi:

Legislators from across the political divide took turns to express their approval to the extension of Chokuda’s tenure.

We have been approaching his office several times as Members of Parliament with issues that we wanted him to attend to.

He has been attending to all Members of Parliament during the Ninth Parliament. We have immense respect for his professionalism in the way he handles the different interests.

I must say, he is a calm man and I am not calm myself but when I go into his office, I end up being calm in the way that he conducts himself.

I have seen a progressive, robust and effective way of doing business in Parliament under the stewardship of Mr Chokuda in that I saw the strategic initiative or a strategic document arising from the operations of Parliament.

There is no way we can go and find a place where we are going if we do not have a pathfinder.

To me, that strategic document leads the way in terms of how Parliament functions and it is applaudable.