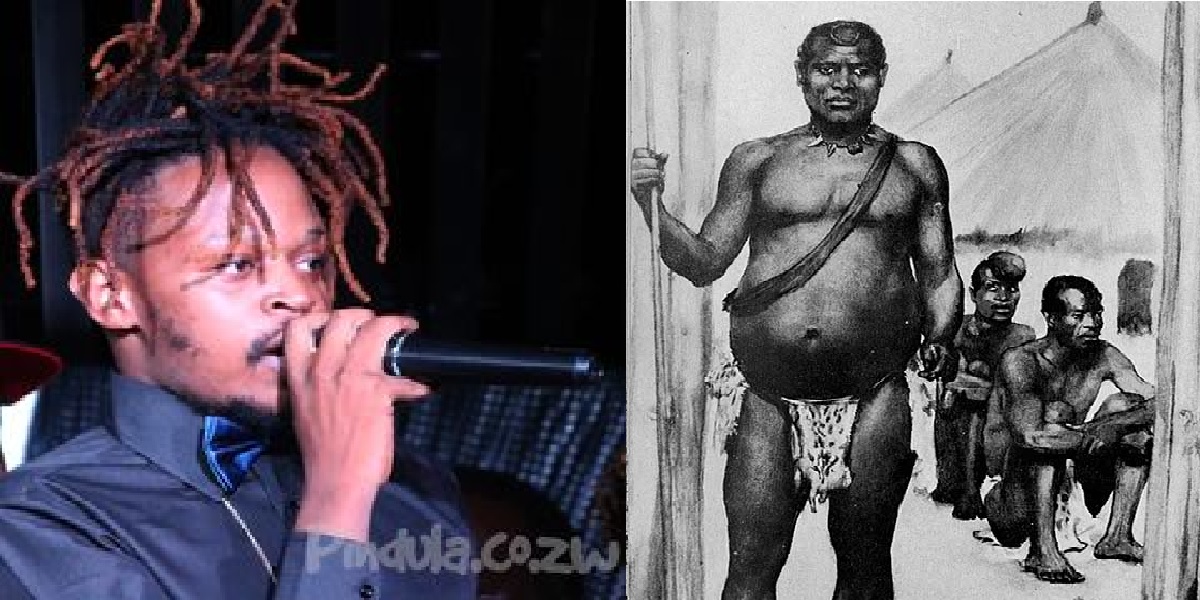 Zimdancehall chanter, Seh Calaz born Tawanda Mumanyi is under fire over his remarks on Ndebele King Lobengula whom he claimed sold the country for short-lived gains.

A newly formed pressure group, Inhlokomo YeSizwe, whose objective is to fight discrimination “in all its forms as engineered by consecutive Zanu-pf governments,” has criticised Seh Calaz saying his Lobengula remarks were an insult to the Ndebele Nation. The action-orientated mass movement said:

On May 8, 2021, Pindula News published a nauseating report from Seh Calaz insulting the late Ndebele king, HRH King Lobengula and the whole of the Ndebele nation. In his ill-advised advice to musicians to save for a rainy day and to engage in lucrative financial deals, he chose to single out the Ndebele King as an example of bad negotiation. Below is the quotation as reported in Pindula News online:

_He likened mortgaging one’s future for short-term exposure to Lobengula, a Ndebele King who reportedly “sold” the country to British fortune hunters in the 19th century for a few hundred pounds. Seh Calaz posted on Facebook:_

_He went further to claim that King Lobengula sold the country for short term gain. If this Tawanda Mumanyi, has a poor grasp of history, why did he not look closer to home where his direct ancestors are still parcelling out land and mineral resources for peanuts to the new Chinese colonisers. We have not heard him condemn this. Surely if he was looking for examples of poor management of personal and national resources he could have started by checking what is happening right under his nose in his own back yard._

Since it is clear that this was a calculated attack on the Ndebele nation and Mthwakazi nation as a whole, we would like to demand that this story be taken down from Pindula News and Facebook for lack of decorum. In addition, on behalf of all self-respecting people of Mthwakazi, Inhlokomo YeSizwe demands an immediate public apology.  Failure to that will see our pressure group take matters into their own hands the next time Seh Calaz sets foot in Matabeleland.

Seh Calaz made the Lobengula remarks in a warning targeted at Zimbabwean artistes amid allegations that some promoters and or producers were exploiting them.

He spoke after a NASHTV-artiste contract that suggested that NASHTV was exploiting artistes had leaked.

One Comment on “Seh Calaz Under Fire Over Lobengula Remarks”