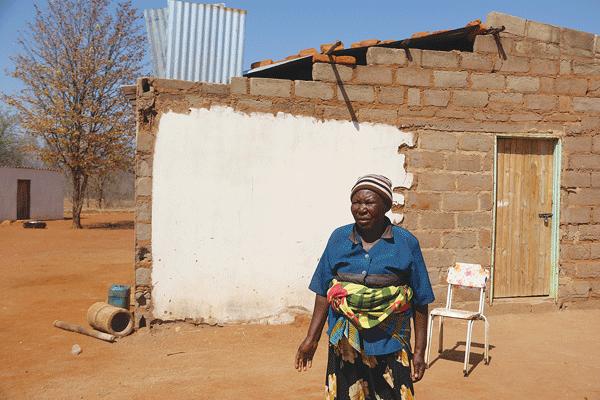 The late popular musician Paul Matavire’s mother, Mafirechuma Makanani (84) is appealing for assistance to fix her house and for her general upkeep as she has no one to take care of her.

“Doctor Love”, as Matavire was nicknamed by his fans because most of his songs were laced with love lyrics, died in 2005 aged 44.

But his struggling mother and dependants in rural Mwenezi district, Masvingo province have very little to show for his achievements.

Speaking to a local publication, Makanani said she was not happy that some people were benefitting from her late son’s work while she was subjected to dilapidated living conditions. She said:

I am struggling but people are spending my son’s money, I have many orphans under my care.

I can no longer do piece jobs in the community to earn a living. My house is in very bad shape, windows are broken, the asbestos sheets are falling off.

I really need some money so I can fix my house and live in better conditions. During the rainy season, we are soaked in water.

The late Matavire rose to fame in the 1980s as a leader of the Jairos Jiri band before pursuing a solo career.

His music is being pirated on digital streaming sites and YouTube where it has bagged hundreds of thousands of views, and as a result, his family does not benefit from his work.