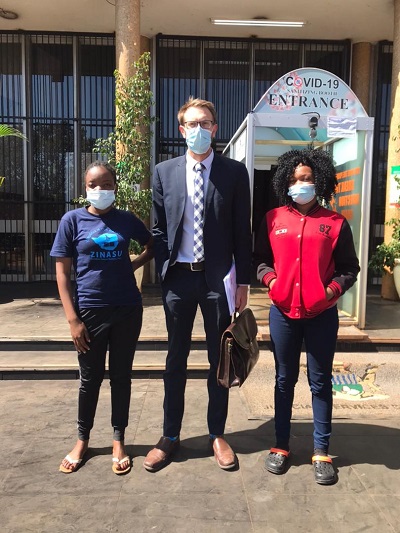 Two Zimbabwe National Students Union (ZINASU) leaders who were arrested for disorderly conduct by police in Harare on Friday have been freed.

ZINASU Gender Secretary Nancy Njenge and Women’s University in Africa SRC president Paidamoyo Masaraure were arrested yesterday for allegedly shouting at some police officers who were arresting vendors and touts in Harare and taken to the Harare Central Police Station.

According to their lawyers, the Zimbabwe Lawyers for Human Rights (ZLHR), Njenge and Masaraure were initially accused of inciting public violence and undermining police authority but the police later changed the charge to disorderly conduct.

They were taken to the Harare Magistrates Court for an initial remand appearance on Saturday afternoon.

Meanwhile, the two students activists have been released into the custody of their lawyer Douglas Coltart of the Zimbabwe Lawyers for Human Rights.

Police advised that they will proceed by issuing summons against them if they intend to have them prosecuted.