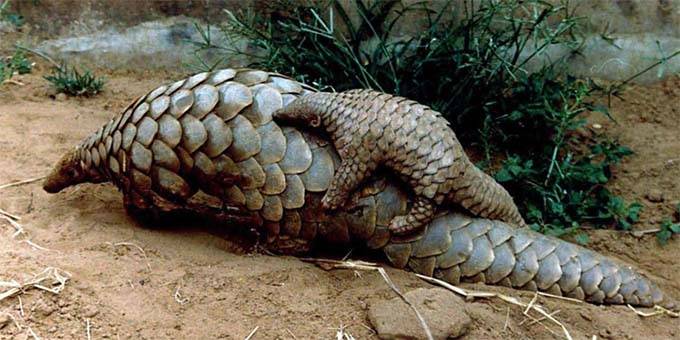 Two Harare men who allegedly captured two pangolins and attempted to sell them to undercover detectives have been arrested and appeared in court on Thursday, ZTN reports.

Gift Karisa and Passmore Katiza were charged with contravening the Parks and Wildlife Act.

Pangolins are protected by law and possessing or dealing in them illegally attracts a prison sentence of up to 12 years.

The duo had attempted to sell the animals for US$10 000 to the detectives who were acting on a tip-off.

Prosecutor Lancelot Mutsokoti told the court that on 4 May this year, detectives from CID Minerals Flora and Fauna Unit Harare received information that Karisa was at corner Central Avenue and 6th Street, Avenues, Harare, looking for potential buyers of pangolins.

One member of the detectives’ team proceeded to the place, pretending to be a potential buyer and together with Karisa, they went to Vainona High School in Harare.

Meanwhile, the other detectives were following and closely monitoring events from a distance.

Karisa went into the school building where he then came back with Passmore Katiza who was holding a sack that had two live pangolins in it.

The duo asked for US$10 000 in exchange for the pangolins and was given the cash there and then by the detective.

The detectives then revealed their identities and asked the accused persons to produce a license or permit allowing them to trade in specially protected animals.

After failing to produce the permits, the two were arrested.