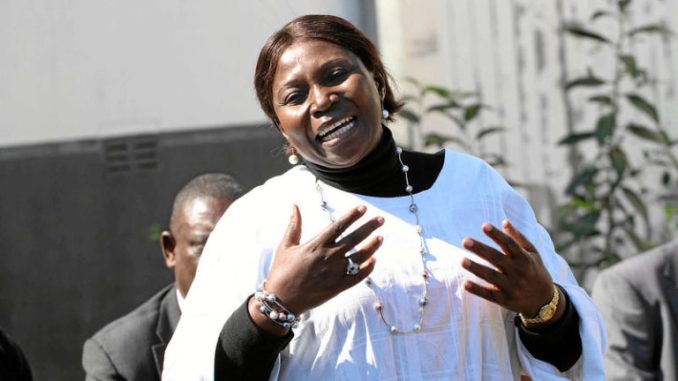 ZANU PF in Mashonaland East yesterday paraded former MDC Alliance member Tracy Mutinhiri and 51 other people that defected to the ruling party from the opposition.

She joined the then Morgan Tsvangirai-led MDC-T and brought along with her 29 others from the Marondera East constituency.

Twenty MDC Alliance officials from Goromonzi South, who have joined the ruling party, were also paraded.

Speaking at the event, an emotional Mutinhiri said she was not looking for a position but to work for the “New Dispensation”. She said:

I thank you for welcoming me. The path I chose was destined by God, but I am back.

I am not after any position. I just want us to work together in this new dispensation.

ZANU PF Mashonaland East acting provincial chairperson Michael Madanha said those who were defecting must lure their erstwhile colleagues to the ruling party.