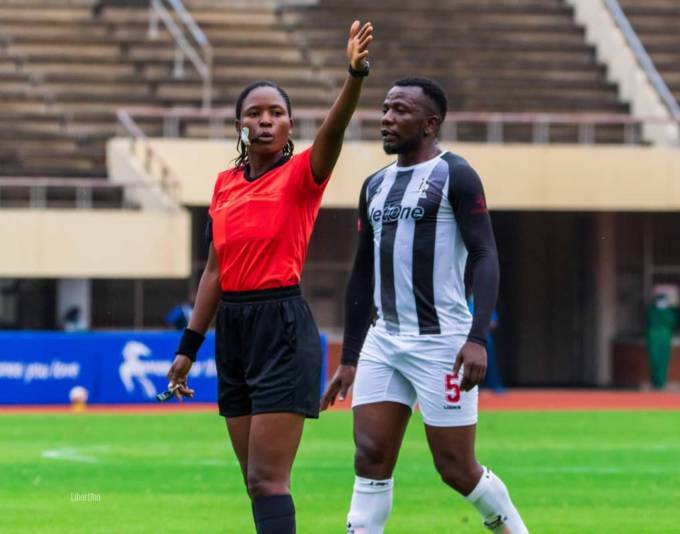 The Glamour Boys were 2-0 victors over Bosso in the match that was played at the National Sports Stadium on Sunday, but some football fans criticised Gimo’s handling of the match.

Comments expressed on various social media platforms indicated that some football enthusiasts felt Gimo was over-awed by the occasion and didn’t deserve to officiate such a high profile match pitting the country’s two biggest clubs.

Gimo is the first female referee to handle a match between Dynamos and Highlanders and is one of only three female referees to pass the match officials’ tests in the country.

Malandule defended Gimo’s selection to handle the match saying the referee had already officiated at COSAFA. He said:

Grace officiated successfully at the Cosafa games in South Africa last year, so she is a very promising athlete and she’s doing well, in return as a committee we saw it appropriate to let her officiate the Uhuru Cup marking our independence.

Malandule castigated fans who criticised Gimo because of her gender and urged supporters to be respectful. He added:

We support female officials, we don’t discriminate against officials because of gender, they are assessed based on their performance only, not their gender.

It was so disappointing to learn that there was abuse that was directed at her, such behaviour should not be tolerated.

… As the committee, we are very proud of Gimo’s performance. We stand by our decision to appoint Gimo because it was on merit and she convinced us that she can handle such high-profile matches…