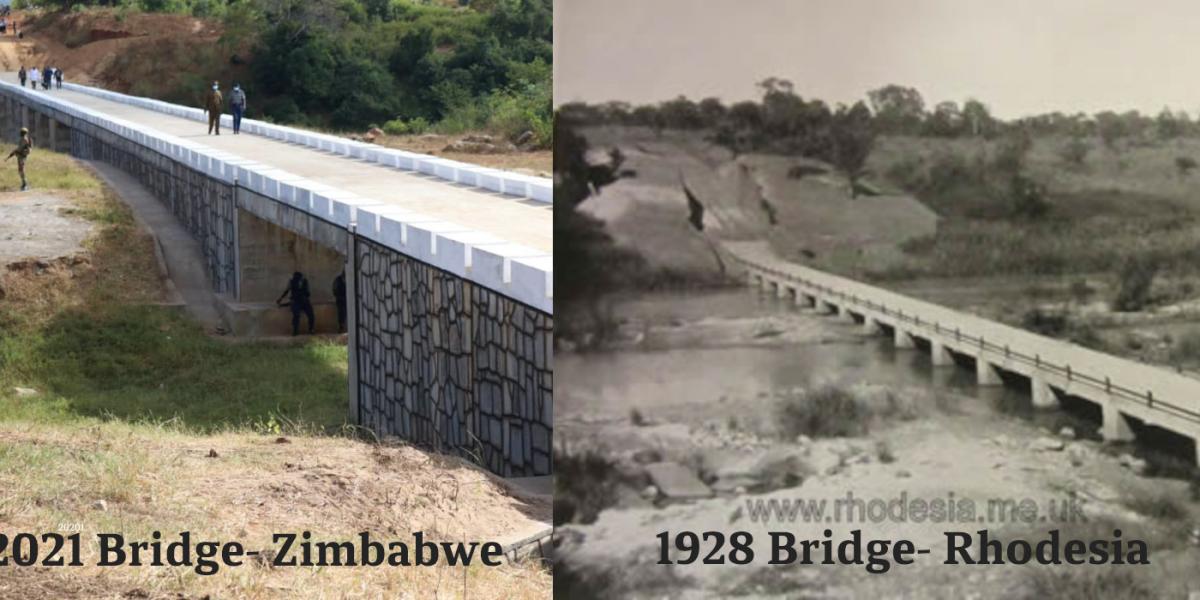 President Emmerson Mnangagwa this week officially opened a bridge in Karanda. The event attracted the ire of Zimbabweans on Twitter who criticized the president for wasting time officiating low-value and low-quality projects.

The official opening of the 180 meters Karanda bridge was used to launch the government’s Emergency Road Rehabilitation Program 2(ERRP2). The bridge crosses the Ruya river.

According to a government official, Nick Mangagwa, the bridge “massively reduces the distance from Bindura to Mt Darwin using Rushinga Road.” Mangwana also said the bridge makes it easier to access Karanda hospital.

Criticizing the president’s involvement in the commissioning of the recently completed bridge, activist Freeman Chari said:

My issue with this government is its penchant to celebrate mediocrity. Karanda stonewalk was built 2 yrs ago and Mnangagwa wanted to open it in December 2019 but it was swept away (US$5m). Instead of cracking the whip, they gave them more money to do same shoddy stuff

Karanda bridge is an example of LOOTING! Media reports say $5.1 million was allocated. Due to incompetence the bridge was swept away in 2019. More money was allocated, then we ended up with what the President opened yesterday which is on the right picture. Grand INCOMPETENCE! 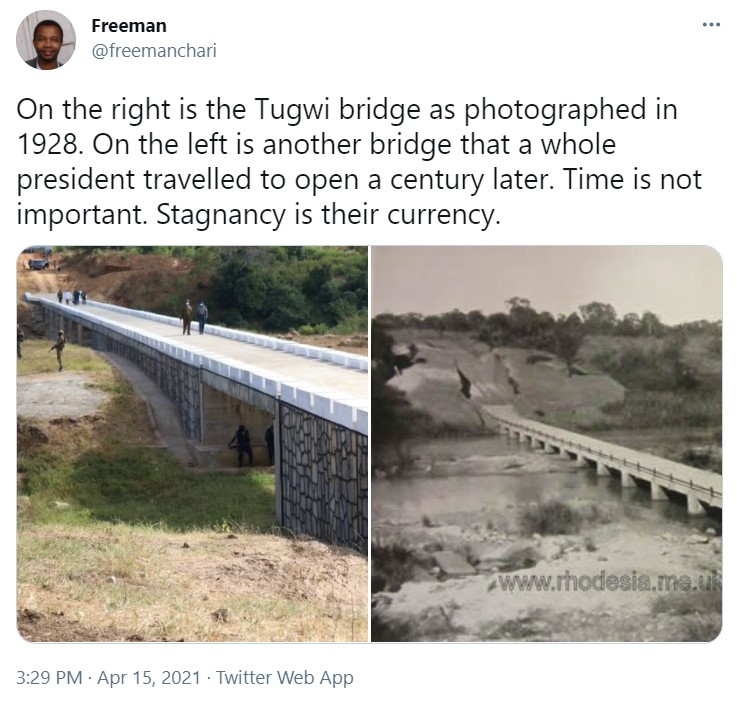