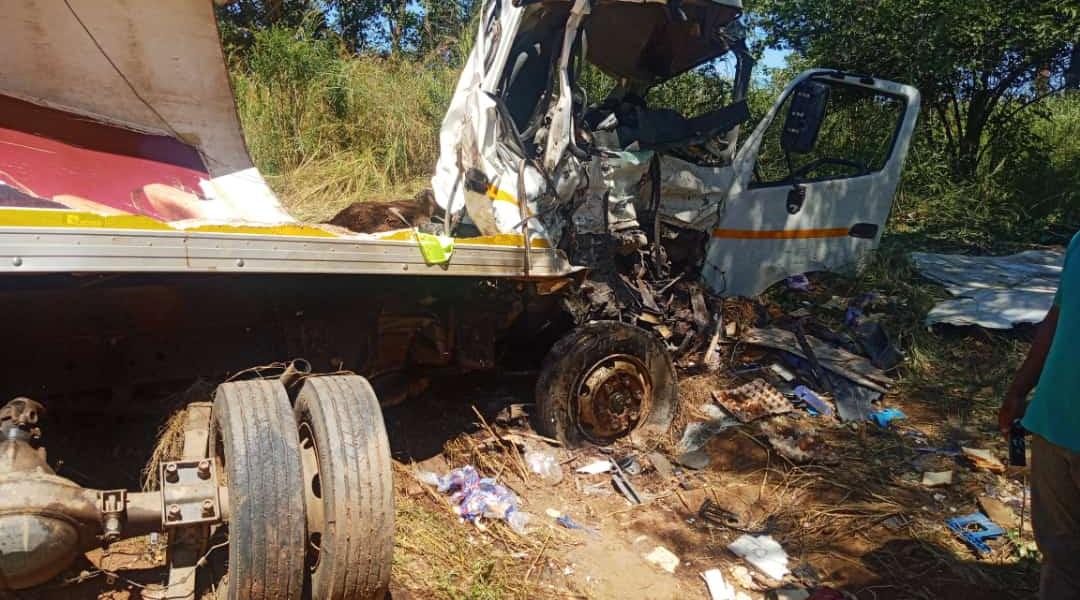 Scores of hungry villagers in Karoi descended on a Lobels delivery truck that had been involved in an accident and helped themselves to free loaves of bread on Wednesday morning.

The Lobels vehicle collided with a haulage truck at Buffalo Downs, a few kilometres outside Karoi at around 6 AM. Three Lobels employees died on the spot.

While it is taboo to rob the dead, villagers apparently could not resist the temptation to do some “free shopping” from the bread delivery truck.

Mashonaland West provincial police spokesperson, Inspector Margaret Chitove confirmed the accident to NewZimbabwe.com but could not provide details on the circumstances leading to the collision. She said:

Indeed, the accident occurred this Wednesday morning near Karoi but at present, we don’t have further information as investigations are still underway. We will revert to you as soon as we finish the compilation of the information.

Reports suggest that the haulage truck which was coming from Zambia tried to overtake another vehicle before colliding with the bread delivery truck that was headed towards Karoi.

Police and fire tender from Karoi attended the scene and retrieved the trapped bodies of the deceased.

The bodies were taken to the Karoi Hospital mortuary. The driver of the haulage truck was said to have also been taken to Karoi Hospital where he is in stable condition. Police said via a post on Twitter on Tuesday evening:

The ZRP confirms a [road traffic accident] which occurred today at 184 km peg along Harare-Chirundu Road where a foreign registered truck was involved in a head-on collision with a bakery truck. As a result of the accident, 3 people died on the spot. More details to follow.