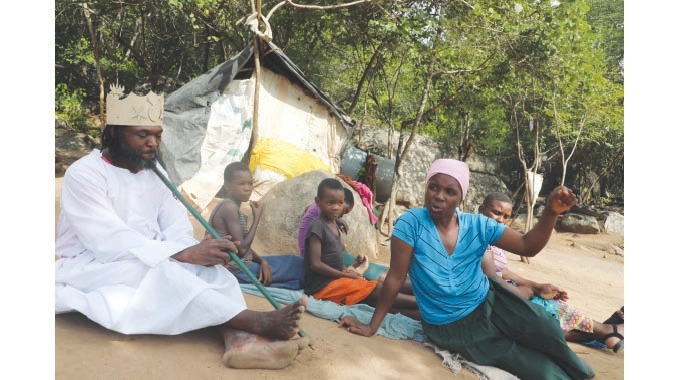 An Odzi occultist has abandoned his home and taken his family to stay in a “sacred” mountain saying he is following God’s voice.

Ringisai Manjeese (49), his wife wife Therieza Mawoyo, as well as their four children aged 15, nine, six and two moved to the Urase Mountain in Katsunzuma Village which they now claim to be their home.

As a result, the children no longer have access to education, social life, health care and proper housing.

The Manjeeses left their home in November 2020 and have been staying in a very small one-roomed plastic shack on the Urase Mountain with no clean water and ablution facilities at the site.

Manjeese and his wife claim that they live on the principles of the Bible, which they have christened their own ‘constitution.’

The family used to stay in Chipfatsura Village under Chief Marange.

Efforts to bring Manjeese before Chief Marange’s court have failed as he has snubbed the summons on many occasions.

Chief Marange confirmed the case and said his office is in the process of making a police report. He said:

He refused to appear before my court. I have sent my aides to look for him, but they couldn’t find him. He hid from them so our next move is to involve the police.

No one is supposed to be staying in the mountains, particularly our sacred Urase Mountain.

The dread-locked Manjeese makes a living through making shoes from old car tyres.