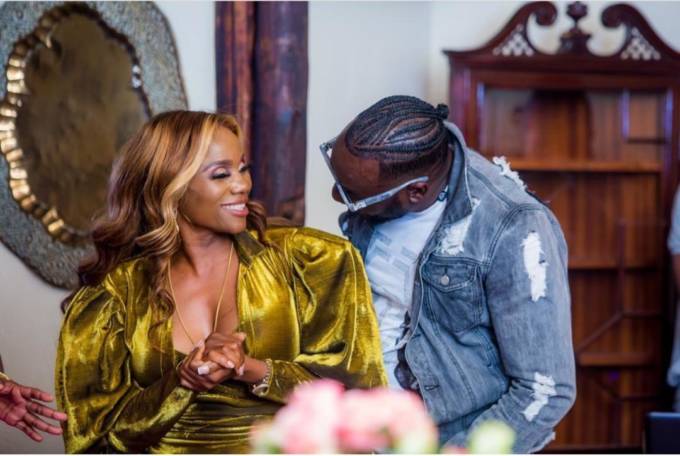 The car is believed to be under the custody of Ginimbi’s long-time friend, Nomatter Zinyengere in South Africa.

Zodwa wants it registered with the Master of High Court as required in terms of the Administration of Estates Act and surrendered to the Executor of Ginimbi’s estate.

The car was reportedly bought by Zodwa from the UK in 2013, while Ginimbi paid for duty in Zimbabwe.

Our client instructs us that sometime in October 2013, she bought a Bentley Continental GT from the United Kingdom under the name Traverze Travel.

Same was delivered through the Plumtree border post and the late (Ginimbi) was authorised to collect it.

The motor vehicle at the time of the deceased’s passing on was in South Africa under his custody.

This vehicle would be used by the late (Ginimbi) and our client (Zodwa) whenever in South Africa on business or leisure trips.

We are further instructed that the motor vehicle is currently in the custody of Nomatter Zinyengere, who is your client.

The car has not been registered with the Master of High Court as required in terms of the Administration of Estates Act.

Our instructions are, to demand as we hereby do, that the motor vehicle be surren[1]dered to the Executor dative so that it forms part of the deceased estate since he (Ginimbi) had been authorised to put the car in his name.

Zodwa told H-Metro that all she wants is for Ginimbi’s properties to be fully accounted for amid claims that the Bentley is now being kept away from the public.