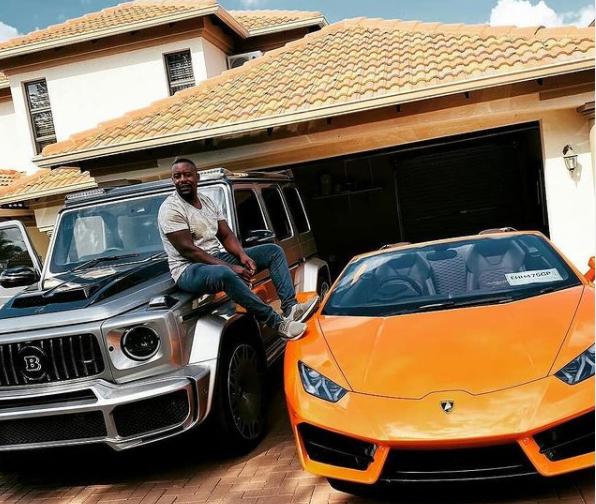 A person has reportedly died after one Trevor Mbizvo who is known for being Shaleen Manhire-Nullens’ (Ms Shally) boyfriend was involved in an accident with his Lamborghini last night.

Social media is awash with photos and a video of the accident which shows the car burning. The news was confirmed by the former Ginimbi’s manager using her now deactivated Instagram page in a post that said:

Its been a walk filled with challenges the news is true. My Love @hell_commander (Trevor Mbizvo) had a terrible accident last night while driving a Lamborghini hurricane. One precisou life was lost and the Hell Commander is in Hospital suffering from a few injuries. A lot has been happening lately but we would appreciate your support and allow us to mourn our close friend we lost, Please keep us in your pryaers. 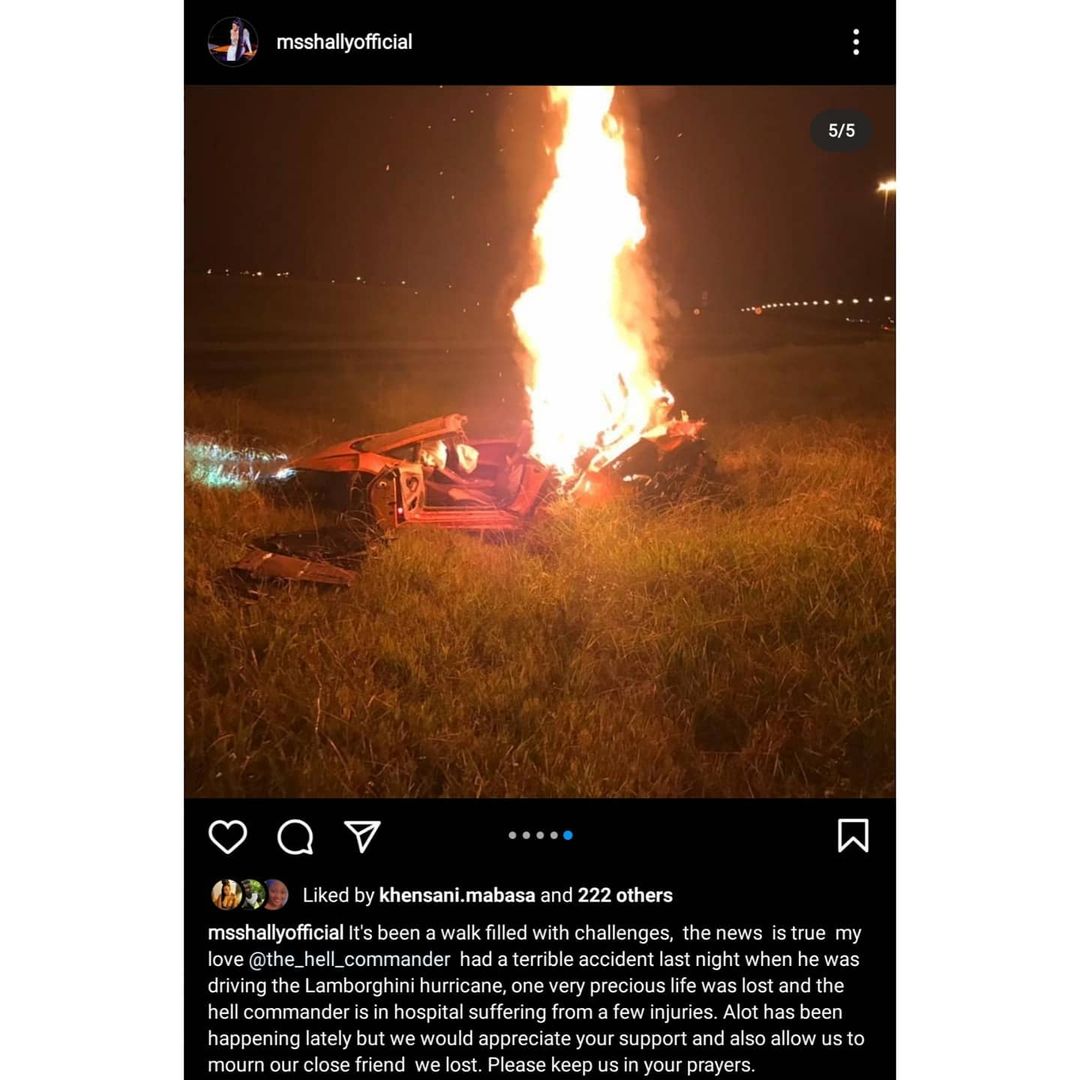 The name of the person who died has not yet been released. Meanwhile, the 2 lovers Ms Shally And Mbizvo have been trending on social media for different reasons since they became Instagram official earlier this month.