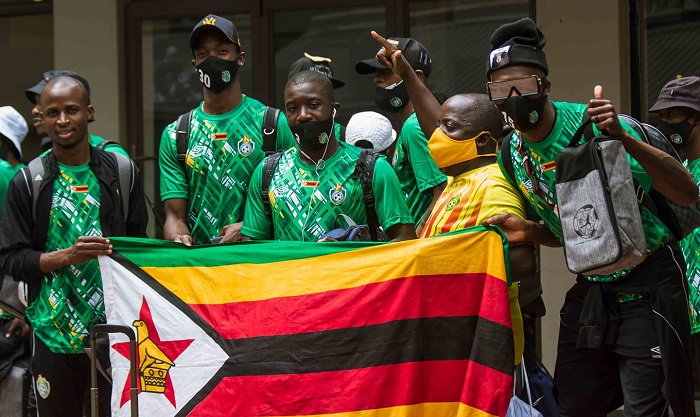 China’s Ambassador to Zimbabwe, His Excellency Ambassador Guo Shaochun has congratulated the Zimbabwe senior men’s football team, the Warriors for qualifying for the Africa Cup of Nations (AFCON) finals.

The Warriors beat the Zebras of Botswana in a match played at the Obed Itani Chilume Stadium in Francistown on Thursday night to seal qualification with a match to spare.

Zimbabwe got their goal through Tanzania-based forward Perfect Chikwende who nodded in from close range after captain Knowledge Musona’s free-kick was spilt by the Zebras goalkeeper, 14 minutes into the match.

In another Group H match played in Lusaka last night, Zambia and Algeria drew 3-all.

The Warriors are on 8 points with only one match to go which means Botswana and Zambia, both on 4 points each, can no longer overtake Zimbabwe.

In a post on the Chinese Embassy in Zimbabwe Twitter page, Guo expressed his delight over the Warriors’ AFCON progress. He wrote:

Wonderful news to begin a new day! Congratulations to the Warriors on winning the ticket to #AFCON2022 Go Team Zimbabwe!

Wonderful news to begin a new day!
Congratulations to Warriors on winning the ticket to #AFCON2022

Zimbabwe’s qualification becomes a third consecutive, the first time the country has managed to do so.

And this also becomes the fifth time they have qualified for AFCON in the country’s football history.

Algeria had already qualified after the last round of group H matches.