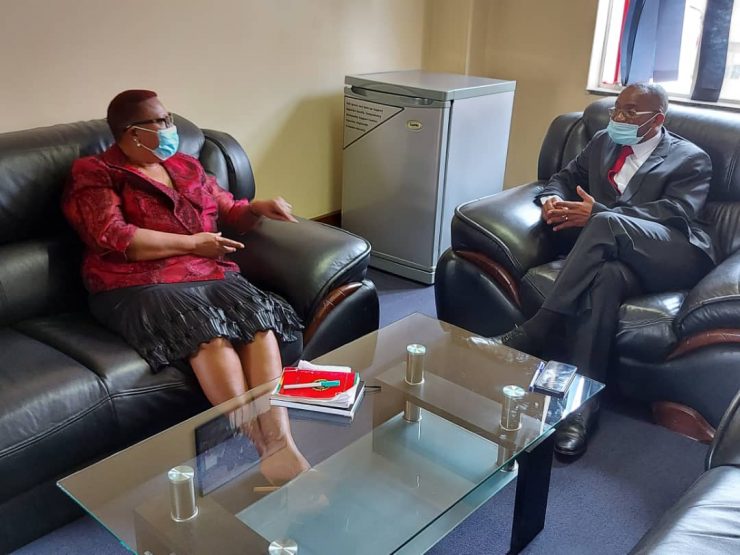 Violence marred the event and Khupe rejected the outcome of the EOC, accusing Mwonzora of rigging the election and looting the party’s financial coffers.

But following a meeting between the two early this week, Khupe finally gave up her three-month fight to annul the EOC outcome.

MDC-T spokesperson, Witness Dube told NewZimbabwe.Com on Wednesday that the post extraordinary congress fights were now “water under the bridge”. He said:

We also know that was a heat of the moment disputation which she did not follow through within the organs of the party or through the courts of law. It is well, all that ends well.

… Dr Khupe was affected by Covid after the EOC, and that is the only known reason why she had not attended any party meetings up to yesterday (Tuesday). (However), whatever was her position regarding the EOC is now water under the bridge.

Khupe is not a stranger to picking fights with her bosses as she snubbed the late Morgan Tsvangirai between 2016 and 2018 after the latter appointed Nelson Chamisa and Mudzuri as vice presidents.