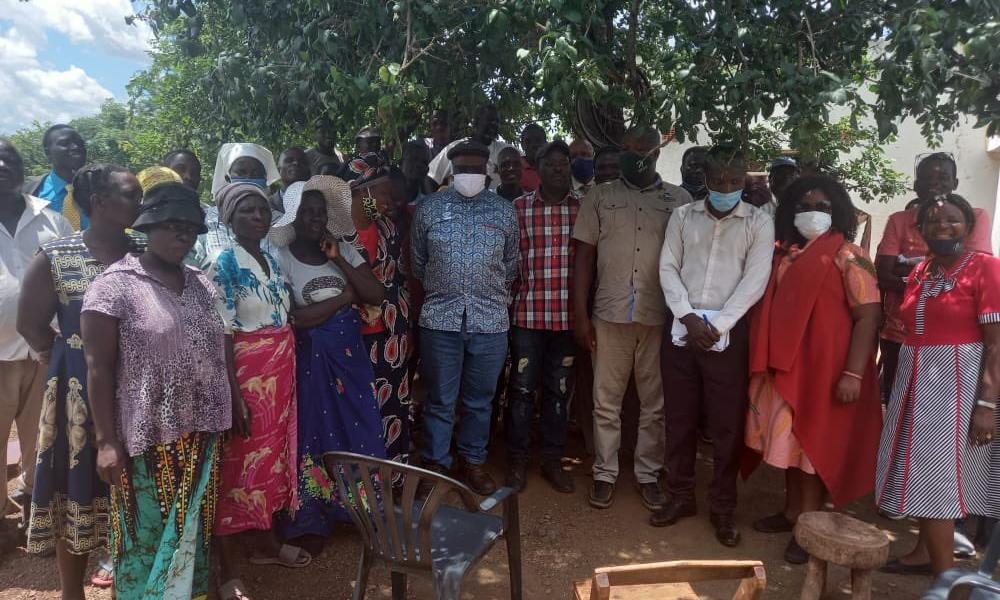 The eviction was planned to pave way for the production of lucerne grass project by Dendairy.

Local government minister July Moyo issued SI 72A of 2021 which announces the repealing of SI 50. Reads SI 72A in part:

2. The area of land described hereunder in terms of the Schedule shall be set aside with effect from the date of publication of this notice for the purpose of establishing an irrigation scheme. 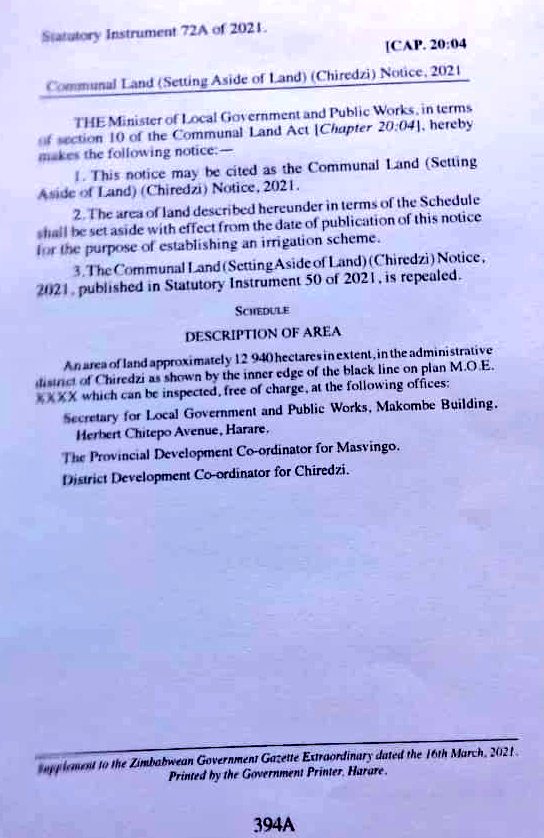 The evictions had attracted a public outcry with stakeholders arguing that the government was violating domestic and international human rights laws.

Zimbabwe Environmental Law Association (Zela) lawyer Munya Vengesai who represented the over 12 500 Chilonga villagers said the repeal of SI 50 of 2021 and its replacement with SI 72A of 2021, means that government should compensate the villagers and also provide alternative land for their resettlement. Vengesai said:

Today (yesterday), we received an opposition from government at 1pm when we were going to court at 2pm. The issues  they raised were purely(a) concession that they did not do proper consultation and that they will evict the villagers only after compensating them and providing alternative land.

They also produced SI 72A of 2021 and also raised it as a point in limine. We decided we cannot continue with the case since SI 72A of 2021 said they are no longer going to evict the villagers (without compensation).

We had said the eviction should not go ahead. They repealed the most important part in our case and we realised it was now water under the bridge. After consulting with my clients, we decided to remove the matter from the roll.

But if they do anything or issue another SI or law to evict the villagers, we are prepared to launch another recourse, or revive the case, that is why we did not withdraw the case or have it dismissed, but just removed it from the roll.

Vengesai said he hoped the government would live up to its word not to displace anyone as it goes ahead with its project.

Harare lawyer and MDC Alliance Vice President, Tendai Biti has claimed that the repealing of SI50 was inconsequential saying “land was taken away in terms of SI 51 of 2021. That has not been repealed. So nothing has changed.”